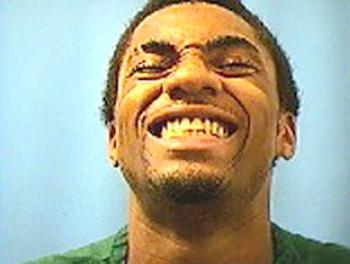 A 20-year-old Patterson man already held in the parish jail was accused of striking another inmate with a broomstick and breaking his nose Wednesday, St. Mary Parish Sheriff Mark Hebert said in a news release.
Wanya Francis, 20, of the 1500 block of Live Oak Street in Patterson, was additionally charged at 1 p.m. Wednesday with aggravated second-degree battery. Francis is an inmate at the St. Mary Parish Law Enforcement Center in Centerville. A jailer observed Francis strike another inmate with a broomstick in one of the dorms, Hebert said. The victim was treated for a broken nose, Hebert said. Francis remains incarcerated.
Hebert reported responding to 44 complaints in the parish and reported the following arrests in St. Mary Parish:
—Toby Adams, 36, of the 11400 block of La. 182 in Franklin, was arrested at 1:30 p.m. Wednesday for a warrant for failure to appear on the charge of criminal neglect of family and a warrant for criminal trespassing. A deputy located Adams in Franklin and learned of the active warrants for his arrest. Adams was jailed.
The criminal trespassing warrant stems from an investigation conducted Jan. 1. Deputies learned that Adams had trespassed on property in the Ricohoc area, Hebert said. No bail is set.
—Sky Leger Sr., 33, of the 1200 block of Garber Road in Broussard, was arrested at 3:33 p.m. Wednesday on a warrant for failure to appear for possession of marijuana, abuse of toxic vapors and possession of drug paraphernalia and on four warrants for failure to appear for simple burglary.
The warrants for simple burglary, stem from investigations conducted in September 2013, where gas plants/sites throughout the parish were burglarized, Hebert said. Leger admitted to detectives that he participated in several burglaries, the sheriff said.
Leger was transported from Iberia Parish jail to the St. Mary Parish Law Enforcement Center. No bail is set.
Morgan City Police Chief Michael Banks reported the following arrests:
—Samantha Williams, 26, of Morgan City, was arrested at 9:08 p.m. Wednesday for disturbing the peace intoxicated and simple battery.
Officers were dispatched to a Brashear Avenue location regarding a disturbance. Officers learned that Williams was accused of striking a man at that location and then leaving the scene. Officers searched the area and located Williams who appeared in an impaired condition. She was jailed.
—Santos Rivera, 24, of 11th Street in Morgan City, was arrested at 12:53 a.m. today for improper lighting and no driver’s license.
Patrolling officers observed a vehicle with improper lighting traveling on La. 182 and stopped the vehicle to investigate, Banks said. The driver, Rivera, could not produce a valid driver’s license and was arrested. He was jailed.
Patterson Police Chief Patrick LaSalle reported the following arrest:
—Ronald Davis, 26, of the 1500 block of Plum Street in Patterson, was arrested at 1:31 a.m. today for simple battery involving domestic violence. Davis remains in jail with no bail set.
Berwick Police Chief James Richard reported no arrests.