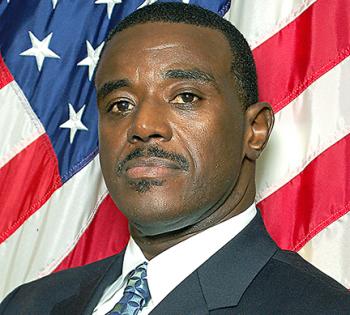 By PRESTON GILL
pgill@daily-review
PATTERSON — On Tuesday, Patterson will start its monthly meeting by approving meetings from the previous meeting and submission of monthly reports, in response to reporting done by The Daily Review and Mayor Rodney Grogan’s subsequent efforts to enter the city into what he has termed “corrective mode.”
Midway into his first term as mayor, Grogan told the newspaper in June changes are in store in Patterson with regard to the way city government business is done and documented. He came into office knowing it would be a learning experience, he said, but he promised to make changes.
The city has consistently responded to auditor reports spanning at least three administrations and at least 10 years with an explanation that the city financial reporting and accounting is encumbered by computer and software issues.
Last year’s audit response did not repeat that comment but instead the city said it “has hired an accounting assistant to work with the city clerk to assist in reconciling the city’s bank statements to the general ledger. Management hopes that this assistance will allow for the timely preparation of accurate financial data ... The uncertainty of the reliability of accounting data has been one of management’s concerns.”
Hiring Reginald Weary as an assistant accountant will enable the city to begin to conform to its home rule charter, the mayor said. The charter requires a timely presentation of a yearly budget, presentation of monthly financial statements and an annual complete report on the finances and administrative activities of the city submitted to the council.
Another response given in the 2012 audit said the city was expecting to be able to have “timely, accurate, and reliable data” for future budget decisions and presentations.
The Daily Review was given, in response to a public records request, monthly finance reports from the last fiscal year. The newspaper noted an apparent problem in the entry of monthly salaries in four departments. Salaries were recorded as following a general trend for 11 months and then exploded in June, the last month of the fiscal year. Salaries in the police and streets department nearly doubled for June on the monthly report. The utilities administration increased more than seven-fold and the water plant salaries increased 12-fold for the June entry.
Weary said he noticed a problem in March in salary accounting and eventually realized not all of the salaries were being included in the reports. Weary said he discussed the issue with Allen Taylor, the certified public accountant who performs the annual financial audit.
The salaries had been accounted for as expenditures in the city’s budget but not in the report of salaries in the respective departments, Weary said.
Taylor told the newspaper this was the result of an error in setting up employees in the correctly allocated department. The June salary numbers that had soared were “clean up entries to get the books cleared for the year-end audit.”
Weary said it was decided the unreported salaries from the previous 11 months would be inserted into the June entry to clear the books, leading to the extraordinary June salary numbers. Taylor confirmed the salaries had been accounted for in other places so it did not affect the city’s bottom line expenditures.
Taylor said the erroneous accounting entries were in departments that had higher turnover rates or more hires than other departments. The more employee changes a department made, the more likely the accounting error would result, he said.
Taylor said  should be accurate from July on.
The presentation of monthly finance reports to the council at its public meeting will increase the number of eyes that view monthly salaries and other accounting figures.
The mayor will ask for the introduction of two ordinances and the approval of three resolutions at the next city council meeting Oct. 1. These will cover benefits provided to him and the chief of police, an employee policy handbook, per diem payments for travel and the use of police vehicles.