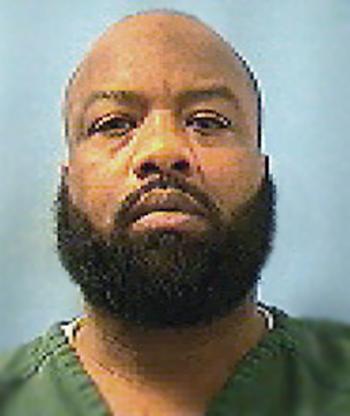 By PRESTON GILL
pgill@daily-review.com
FRANKLIN — A Patterson man accused of indecent behavior with a 5-year-old girl was released from his bail obligation for the alleged offense here on Sept. 9, but remains in jail on a parole violation hold from Texas with his trial reset to Jan. 13.
Lynwood Darby Jr., 46, was arrested after Patterson police said his wife told them Darby had tried to coax the girl into a sexual act, but the victim refused, and began screaming and hitting Darby.
Darby’s bail obligation release was done after 16th Judicial District Judge Edward Leonard Jr. found he was not brought before a judge within 72 hours of his Nov. 11 arrest and remanded him back into custody, to be held for Texas authorities on a probation violation.
Public defender Michael Caffery filed a motion requesting the release of Darby from the St. Mary Parish Law Enforcement Center because he was not brought before a judge until Nov. 20, nine days after his arrest and being jailed in Patterson.
The Louisiana Code of Criminal Procedure calls for the immediate release of the prisoner under those circumstances, Caffery argued.
Assistant District Attorney Erica Rose, who is handling the case and handles most of the 16th Judicial District sex crimes, said she does not expect Texas authorities to seek extradition of Darby until after his trial here.
Rose filed a motion on Aug. 30 seeking to allow the state to introduce evidence Darby “has committed other sex acts with a juvenile,” specifically that Darby, when he was 29, had been charged by a bill of information with the same crime on a 14-year-old girl.
A hearing is scheduled Dec. 12 for Darby’s defense to show cause as to why the evidence should not be admitted.
Leonard ordered the defendant to “have no contact with the victim, the family or the property.”
The arrest affidavit said after Darby’s wife made her allegation and the 5-year-old girl told a detective that Darby made an attempt at a sexual act with her, police picked Darby up at his home for questioning. Patterson police said they learned the victim’s father was en route to shoot Darby, but the accused man was safely taken to the police station where he was eventually arrested.
Darby was originally charged at his arrest with contributing to the delinquency of a juvenile involving sexual contact. Conviction of that offense carries a sentence of up to two years in prison.
Rose is prosecuting Darby on a charge of indecent behavior with a juvenile. If convicted on that charge, Darby faces at least two and up to 25 years in prison, with at least two years served without parole, probation or suspension of sentence.
Darby has been arrested multiple times in Morgan City, Patterson and Texas for drug-related crimes, burglary, assault and robbery, court records state. He was given a first-time offenders pardon in 1996 after serving a sentence for attempted first degree robbery, the record stated.