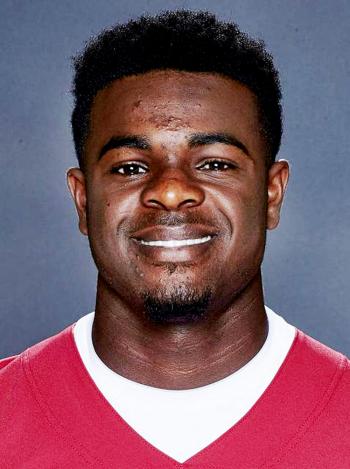 Mykel Jones
(Submitted Photo/Courtesy of the University of Oklahoma Athletics)

Heisman Trophy finalists Baker Mayfield and Dede Westbrook connected one last time for a touchdown. Joe Mixon emerged from his recent controversy with big plays that had teammates lifting him off his feet in celebration. Samaje Perine put his name in Oklahoma’s record books.
Seventh-ranked Oklahoma had plenty to celebrate after a 35-19 triumph over No. 17 Auburn in the Sugar Bowl on Monday night, including a 10th-straight victory.
“We’re a prideful team,” Oklahoma coach Bob Stoops said. “And we’re confident, regardless of the people that try to rattle the cage and shake your confidence. ... We improved as we went through the end and we fought through the outside noise.”
Mayfield passed for 296 yards and two touchdowns. Mixon heard boos from Auburn fans, who also shouted derisive comments regarding a recently publicized video of him punching a woman in the face in 2014. Mixon, who served a season-long suspension in 2014 and has apologized for the assault, also drew cheers from crimson-clad Oklahoma fans with his play. His two short touchdown runs were among the highlights of a performance in which he gained 180 yards from scrimmage — 91 rushing on 19 carries and 89 receiving on five catches.
“He has a second chance and making the most of it,” Stoops said. “He is a great teammate to these guys and one of the most popular guys in the locker room.”
Mixon didn’t answer questions about the boos or the reasons for them, saying only he wanted to celebrate with his teammates.
Perine rushed for 86 yards, three more than he needed to set Oklahoma’s career rushing record.
“Our backs pound people and it wears on people,” Mayfield said.
Auburn (8-5), which wound up in the Sugar Bowl despite dropping its last two Southeastern Conference games to Georgia and Alabama, entered the game hopeful that it would be buoyed by the return of quarterback Sean White, who’d missed the Tigers’ final two games with a throwing shoulder injury. White led Auburn to a touchdown on its first series — Chandler Cox’s 3-yard run on fourth down — but the quarterback left the game for good in the first half with a broken right forearm.
“Obviously, it’s a big blow. We were excited he was back” for the bowl game, Auburn coach Gus Malzahn said. “Overall it was a tough night at the quarterback position.”
John Franklin III backed up White but also hurt his throwing arm, Malzahn said, so Jeremy Johnson got into the game. The Tigers’ offense was inconsistent, increasing pressure on Auburn’s 20th-ranked defense to keep the Sooners’ fast-paced, high-powered attack in check.
“That’s tough. They’re (among the best) in the nation,” Auburn defensive back Josh Holsey said of Oklahoma’s offense, which came in averaging 557.3 yards and 44.7 points per game. “They came out and showed that tonight.”
Mixon broke loose for a 35-yard run in the third quarter that set up his second TD, which he scored from 4 yards out by diving for the pylon. Early in the fourth quarter, Perine took a direct snap for a 2-yard TD that made it 35-13.
With the Sooners (11-2) pulling away for their second Sugar Bowl triumph in four years, Auburn fans started filing out.
Patterson High alum Mykel Jones is a member of the Oklahoma football team. Jones didn’t see action in Monday’s contest, but played in 11 games this season. He finished his true freshman season with 13 catches for 106 yards.