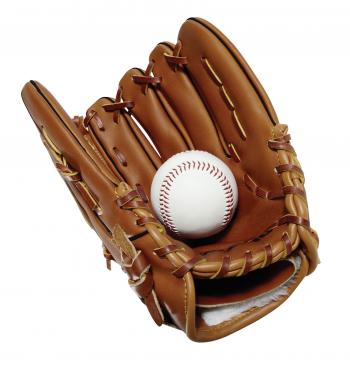 Head coach Seth Thibodeaux and the Nicholls State University baseball team announced the 2015 regular season schedule, featuring 30 home games at Ray E. Didier Field among 55 regular-season contests.
The season is scheduled to begin Feb. 13 with a three-game series against Stony Brook University at home.
Nicholls is coming off a 32-26 campaign in 2014, the first 30-win season for the program since 1993.
The Colonels finished first in the Southland Conference in ERA (2.59) and first in the nation in double plays turned.
“Our schedule is very challenging and will prepare us for the Southland Conference, no question,” Thibodeaux said in a news release. “We have some great matchups both at home and on the road. We open at home with Stony Brook, who just 2 years ago was in Omaha. We play in a great tournament in Pensacola in a Double A ballpark in a regional-type atmosphere against North Florida, USM, and Troy. Pac 12 Utah visits Thibodaux just before conference. The midweek games will be a grind as well. Our team is really hungry for this and are excited about the challenge.”
After their opening-series against the Seawolves, the Colonels will host Southern University Feb. 17, before making the short drive to Baton Rouge for a matchup with LSU Feb. 18.
Nicholls next will travel to Pensacola, Florida, for a round-robin tournament from Feb. 20-22, featuring North Florida, Southern Mississippi and Troy University.
The Colonels then face Southern University in Baton Rouge on Feb. 24, before returning home for a four-game home stand.
The team will host Grambling State Feb. 25, before taking on the University of Utah in a three-game home series beginning Feb. 27.
Nicholls will play Tulane University in Thibodaux March 3 in the final game before entering conference play.
The Colonels will make the long drive up to Abilene, Texas, for a three-game series against Abilene Christian to open their conference schedule March 6.
The team then hosts ULM March 11 in the first of six consecutive home bouts.
Nicholls will play Texas A&M-Corpus Christi in a three-game series beginning March 13 at Ray E. Didier Field, before a two-game non-conference home series against Lamar beginning March 17.
The squad will travel to Huntsville, Texas, to face Sam Houston in a three-game series beginning March 20, before a road matchup with the University of Louisiana at Lafayette March 25.
The Colonels face conference rival Southeastern Louisiana in a three-game home-away-home series starting March 27, before facing Incarnate Word in a three-game series at home beginning April 2.
Nicholls will battle Tulane in New Orleans April 7, and ULM in Monroe April 8, before a three-game series in Conway, Arkansas, against Central Arkansas beginning April 10.
The team will host South Alabama April 15 and Alcorn State April 22 before heading to Lake Charles for a matchup with in-state rival McNeese.
The Colonels will play seven of their next eight games at Ray E. Didier Field, beginning with a game against ULL April 28.
Nicholls hosts Houston Baptist in a three-game series starting May 1, before a matchup with Alabama A&M May 6.
The squad will play a three-game home-away-home series against New Orleans, before finishing the regular season on the road in a three-game matchup against Northwestern State in Natchitoches.
Season tickets are on sale now, starting at $80. For the most up-to-date information on Colonel baseball or to purchase tickets, visit geauxcolonels.com.