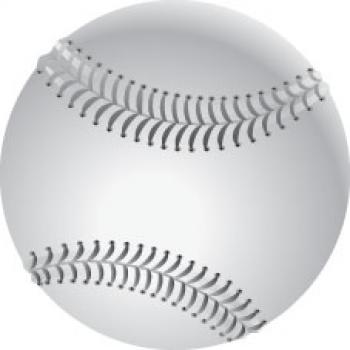 Louisiana Ragin’ Cajuns softball’s preparation for the 2017 season began in earnest Tuesday as the team reported to Lamson Park.
“This team is excited to be back together and pick up where we left off before Christmas,” Louisiana Head Softball Coach Michael Lotief said in a news release. “This group works extremely hard and keeps preparing methodically and diligently. We have to stay committed to getting better day by day, and we have to get contributions from everybody.
“We have to do this together,” Lotief added. “I know our fans and our university family are eager to help develop, support and love these kids as they chase their dreams.”
The Ragin’ Cajuns will practice throughout January and into February leading up to start of the 2017 season, which begins Feb. 10-12 with the 31st Annual Louisiana Classics at Lamson Park.
The Ragin’ Cajuns, 46-9 during the 2016 season, are coming off a fifth straight appearance in the NCAA Super Regionals. Twenty-six players return from the 2016 squad as Louisiana enters its 15th season under Lotief’s guidance.
Despite losing four starters in the batting order to graduation, the Ragin’ Cajuns return the majority of their everyday starters, including career .360-hitter Haley Hayden and home run threats Aleah Craighton and DJ Sanders, who clubbed 18 home runs apiece last season.
Key positions to fill are catcher, first base, outfield and designated player – all held by departed seniors (Lexie Elkins, Kelsey Vincent, Shellie Landry and Sara Corbello) last year.
All pitchers from last year’s unit, which ranked Top 10 nationally in earned-run average, return. All-American and Sun Belt Conference Pitcher of the Year Alex Stewart (29-6, 1.94 ERA) is joined by veterans Victoria Brown, Macey Smith and Kylee Jo Trahan, as well as sophomore Alison Deville and redshirt freshman Summer Ellyson.
While Stewart figures to remain the squad’s lead pitcher, the development of the staff’s No. 2 hurler will be an area of focus during the buildup to opening day.
The Ragin’ Cajuns welcome nine newcomers to the roster. The group is headlined by Kansas transfer Daniella Chavez, the 2015 Big 12 co-Freshman of the Year who clubbed 26 home runs and 122 RBIs during two seasons with the Jayhawks.
The freshman class of eight includes four pitchers and Kourtney Gremillion, the younger sister of Kara Gremillion. Kara Gremillion debuted and started at third base last season.
Season tickets are on sale and can be purchased by phone at 337-265-2357, online at RaginCajuns.com using Account Manager or by visiting the Cajundome Box Office in-person, Monday-Friday, from 10 a.m.-4 p.m. and extended hours during Ragin’ Cajuns basketball events.
Louisiana begins the 2017 season with a 23-game home stand at Lamson Park, which opens Feb. 10 and features three tournaments, a Top 25 weekend series against Alabama (Feb. 17-19) and a midweek doubleheader with Baylor (March 7).