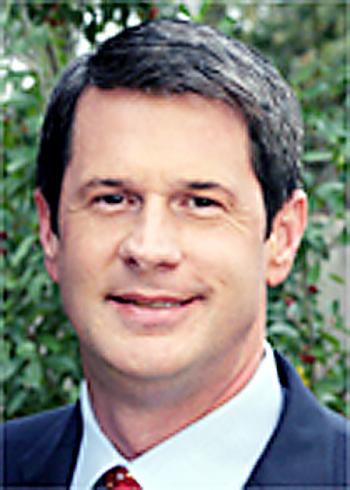 BATON ROUGE, La. (AP) — Republican U.S. Sen. David Vitter’s entrance into the governor’s race immediately made him the front-runner and propelled the 2015 election to the forefront of political talk in Louisiana.
While it seems strangely early for contenders to make their plans known in an election that’s 22 months away, Vitter’s announcement could help him dissuade wannabe candidates from entering the race, shore up his fundraising and stall donations for other GOP contenders.
And whether the general public is interested or not, the race that is nearly two years away will influence political decisions from several state elected leaders and among state lawmakers jockeying for sway with whichever candidate they think will be the next governor.
Republican Gov. Bobby Jindal is term-limited, so the race is wide open. That means the list of possible candidates is sizable, with some people floating their names and speculation about still others who aren’t talking about their interest.
Only three candidates have declared solid intentions to run: Republican Lt. Gov. Jay Dardenne; state Rep. John Bel Edwards, chairman of the House Democratic Caucus; and Vitter, who announced last week.
While Dardenne and Edwards must forfeit their existing jobs to run for governor, Vitter can seek the job without giving up his current position in the U.S. Senate, where he isn’t up for re-election until 2016.
Others considered possible candidates include Republican state Treasurer John Kennedy and Public Service Commissioner Scott Angelle, also in the GOP. Another name included in polls about the governor’s race is New Orleans Mayor Mitch Landrieu, a Democrat.
With so many elected officials announced or considering the Oct. 24, 2015, election, the political posturing is bound to spill over into the upcoming legislative session that begins in March and that will become the focal point of Louisiana politics for months.
Vitter’s political organization, the Louisiana Committee for a Republican Majority, helped elect many of the state’s GOP lawmakers, so he can influence debate through his allies. Plus, it’s likely he’ll want to be more visible weighing in on state-specific issues now that he’s running for governor, rather than just focusing on the gridlock of Congress.
Dardenne has his allies at the Louisiana Capitol as well and has kept his name in the newspapers through budget disagreements with Jindal and other pieces of legislation. His background as a former state senator gives him an ease of knowing the ins and outs of state government, in case he’s interested in broadening his talking points as he moves toward the more public phase of a gubernatorial campaign.
Edwards will continue to use the debates of the legislative session and his policy arguments to gain name recognition, to solidify support among core Democratic constituencies and to try building up fundraising interest from potential donors.
Whether he’s in the race or not, Kennedy regularly makes his opinions known about the goings-on of the Jindal administration, the Legislature and other entities across state government.
He’s been very effective in parlaying an office that can be overlooked into an attention-grabbing position with frequent commentaries on the finances of state government. If Kennedy wants to run for governor, expect he’ll do more of the same to keep his name in the headlines.
With so many Republicans as possible candidates, the jockeying for campaign contributions will be intense since they’ll be trying to coax out donations from the same pool of givers.
That could help Edwards, who is the only one so far competing for the Democratic dollars. But he could find a slimmer list of potential contributors in a state where Democrats have been losing voters and Republicans have taken over nearly all the state’s top elected positions.
Political calculating continues behind the scenes for a race that’s nearly two years away and that’s influencing decision-making among elected officials. Vitter’s announcement that he will be a candidate simply draws public attention to the jockeying that has been underway.