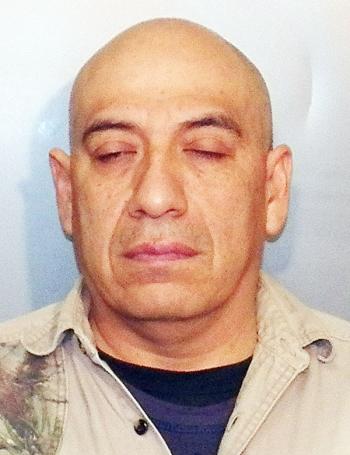 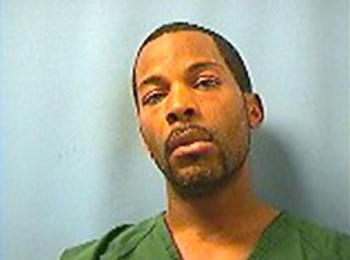 A 48-year-old Morgan City man was accused Wednesday morning of almost striking a child in a crosswalk with his vehicle, Morgan City Assistant Police Chief Mark Griffin said in a news release.
—Raul S. Rios, 48, of Shaw Drive Morgan City, was arrested at 7:19 a.m. Wednesday for reckless operation of a moving vehicle, speeding 28 mph in a 15mph zone and no driver’s license.
An officer patrolling a marked school zone area near Marguerite Street observed a speeding vehicle in the zone traveling at 28 mph in a 15 mph zone. The officer observed the vehicle travel through a marked crosswalk without yielding to the children almost striking a child, according to the report, Griffin said. The officer stopped the vehicle and identified the driver as Rios. He was jailed.
Griffin reported the following arrests:
—Terry McIntosh, 32, of Keith Street in Morgan City, was arrested at 10:06 a.m. Wednesday for possession of Schedule I synthetic marijuana.
Officers responding to a domestic complaint at a Keith Street residence came into contact with McIntosh. During the investigation, McIntosh was found to possess a cellophane bag that contained suspected synthetic marijuana, Griffin said. The substance was recovered and McIntosh was jailed.
—Alan P. Sylvester, 29, of Barrow Street in Morgan City, was arrested at 11:07 a.m. Wednesday for domestic abuse battery.
Officers responded to a domestic complaint at a Barrow Street residence and upon arrival was advised by a woman that Sylvester had committed a battery on her, Hebert said. The victim had minor scratches confirming the encounter, Hebert said. Sylvester was jailed.
—Joseph Pollard, 56, of South Railroad Avenue in Morgan City, was arrested at 4:37 p.m. Wednesday for appearing in intoxicated in public.
Officers responded to a complaint of an intoxicated person at a Federal Avenue convenience store and arrived to investigate. Pollard, according to reports, was found to be in an impaired condition. Pollard was jailed.
—Gage E. Ford, 23, of Ditch Avenue in Morgan City, was arrested at 5:28 p.m. Wednesday for reckless operation of a moving vehicle.
A Morgan City police detective observed a person operating a motorcycle in a reported reckless manner on Front Street in Morgan City, Griffin said. The person was observed passing several vehicles in a no passing zone and traveling in excess of 60 mph in a residential neighborhood, Griffin said. Ford was stopped, jailed and later released on bail.
St. Mary Parish Sheriff Mark Hebert reported responding to 40 complaints in the parish and reported the following arrests relating to east St. Mary Parish:
—Johnny A. Francois, 35, of the 400 block of Garber Street in Morgan City, was arrested at 6:53 p.m. Wednesday for possession of marijuana with intent to distribute, possession of drug paraphernalia, possession of a Legend Drug (Amoxil), possession of Schedule II (Lortab), transactions involving proceeds from drug offenses and violation of a controlled dangerous substance law (school zone).
In conjunction with Morgan City and Berwick police, St. Mary Parish Sheriff’s Office Narcotics detectives executed search a warrant at the Garber Street address, the sheriff said. During the search, detectives located several bags of marijuana, Lortab pills, Amoxil, small plastic baggies and a digital scale, Hebert said. Detectives also located $1,933 in cash believed to be money derived from illicit drug transactions. Francois was jailed with no bail set.
—Charlie Carson, 75, of the 100 block of Iris Street in Thibodaux, was arrested at 5:29 p.m. Wednesday on a warrant for issuing worthless checks. A deputy transported Carson from the Assumption Parish jail to the St. Mary Parish Law Enforcement Center on the warrant. Carson is accused of writing worthless checks totaling over $3,000 to a company based in Amelia, Sheriff’s Office spokeswoman Traci Landry said. No bail is set.
Berwick Police Chief James Richard reported no arrests.
Patterson Police Chief Patrick LaSalle reported no arrests.