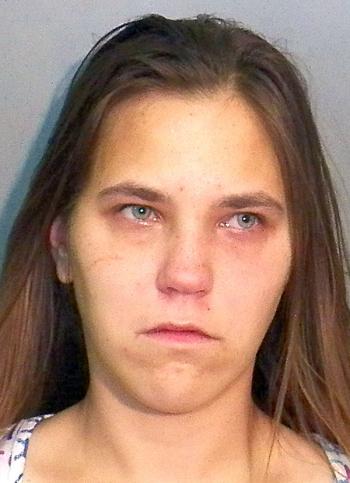 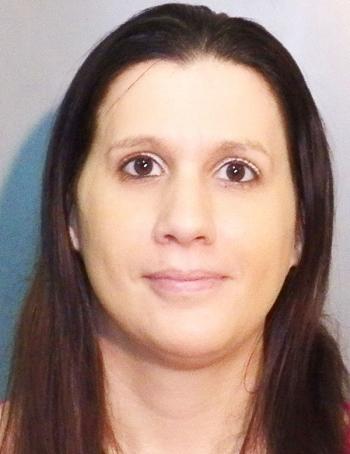 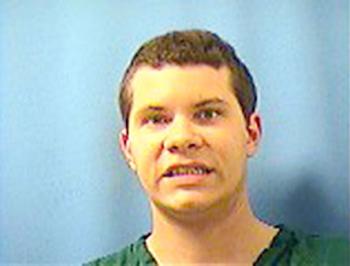 A 23-year-old Bayou Vista woman was jailed this morning after being accused of striking a man with a bottle several times during a domestic disturbance, Morgan City Police Chief Michael Banks said in a news release.
Banks reported the following arrests:
—Brittney Pitts, 23, of La. 182 in Bayou Vista, was arrested at 2:16 a.m. today for domestic abuse battery, resisting an officer and aggravated battery.
Officers received a complaint of a domestic disturbance at a Jennie Drive address and arrived to learn from witnesses that Pitts had struck a man during a physical encounter, Banks said. Pitts was accused of striking the man and then arming herself with a bottle, which she used as a weapon to strike the victim several times, Banks said. Pitts fled from officers, was located a short time later and arrested, Banks said. She was jailed.
—Phyllis A. Leblanc, 37, of Catherine Street in Morgan City, was arrested at 7:15 a.m. Monday on a warrant for second degree battery.
Leblanc turned herself in to the Morgan City Police Department where she was booked on an outstanding warrant that was filed by detectives as a result of an investigation into a disturbance at a Victor II Boulevard lounge, which was reported Nov. 16. Leblanc is accused of striking another person causing injuries that required medical treatment. Leblanc was jailed.
—Brianna Aguilar, 18, of Florida Street in Morgan City, was arrested at 11:25 a.m. Monday for disturbing the peace by fighting.
Aguilar and a 15-year-old girl were arrested after officers were dispatched to Morgan City High School regarding a fight. According to staff, the subjects were separated and escorted to the office. Both were placed under arrest and booked. The juvenile was released to an adult until juvenile court proceedings.
—Sade M. Singleton, 25, of Apple Street in Morgan City, was arrested at 2:50 p.m. Monday on a warrant for six counts of theft totaling $359.07.
Singleton turned herself in at the police department where she was booked on an outstanding warrant based on an investigation of a reported theft of funds from a Morgan City restaurant, Banks said. Singleton, who was employed at the restaurant, is accused of the theft of funds from a cash register on several occasions between May and June, Banks said. Detectives investigating the incident prepared the warrant as a result of the investigation. She was released on cash bail.
St. Mary Parish Sheriff Mark Hebert reported responding to 40 complaints in the parish and reported the following arrests in east St. Mary Parish:
—Dexter Billiot, 23, of the 200 block of Southwest Boulevard in Bayou Vista, was arrested at 9:03 p.m. Monday for possession of marijuana with intent to distribute, possession of drug paraphernalia, possession of a controlled dangerous substance in the presence of a juvenile, possession of a firearm in the presence of a controlled dangerous substance, violation of a controlled dangerous substance law (church and park) and transactions involving drug proceeds.
Narcotics detectives executed a search warrant at Billiot’s residence. During the search, detectives located several bags of high-grade marijuana with an approximate street value of $2,000, the sheriff said. A shotgun, $1,356 in cash, and several items of drug paraphernalia including a digital scale and baggies were also found at the residence, Hebert said.
A child was present at the time of the investigation, Hebert said. The address is located within 2,000 feet of both a church and park. Billiot was jailed with no bail set.
—Marley R. Madise, 24, of the 300 block of Union Street in Morgan City, was arrested at 9:02 p.m. Monday for theft of goods. A deputy assigned to patrol the Bayou Vista area responded to a complaint of a theft at a gas station located on U.S. 90, Hebert said.
The deputy learned from store personnel that a woman left the business without paying for a pack of cigarettes, Hebert said. Using a description of the person and the vehicle, the deputy located Madise at her residence and positively identified her as the person responsible for the theft, Hebert said. Madise was released on a summons to appear in court March 11, 2015.
Patterson Police Chief Patrick LaSalle reported the following arrest:
—Billy Ray Blackburn, 59, of the 1500 block of Cherry Street in Patterson, was arrested at 5:08 p.m. Monday for theft by shoplifting. Blackburn was released on a $427 recognizance bail.
Franklin Police Chief Sabria McGuire reported the following arrest relating to east St. Mary Parish:
—Destiny Darby, 18, of Pluto Street in Bayou Vista, was arrested at 4:10 p.m. Monday for theft less than $500. Darby was released on $1,000 bail.
Berwick Police Chief James Richard reported no arrests.