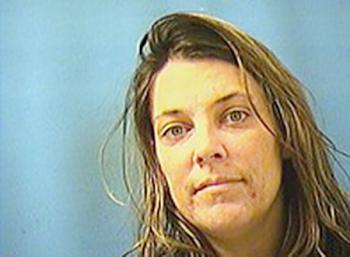 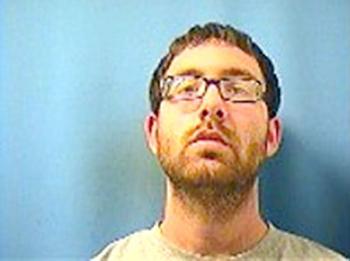 Jose Ainsworth, 45, of the 7200 block of U.S. 90 in Morgan City, was arrested Wednesday on a 24-year-old warrant for second degree battery.
St. Mary Parish Sheriff Mark Hebert said a deputy assigned to the warrants division developed information that Ainsworth returned to the area after living out-of-state for several years.
The warrant stems from an incident in which Ainsworth and a female were involved in an argument at a residence in Bayou Vista. Ainsworth grabbed the female and pushed her against a wall, Hebert said. She sustained a fractured wrist and was transported to Lakewood Hospital, now Teche Regional Medical Center, for treatment, Hebert said.
Ainsworth turned himself in at the St. Mary Parish Sheriff’s Office in Franklin after being told about the warrant. The deputy released Ainsworth on a summons to appear in court on March 30, 2015.
In other action, Hebert also reported the following arrests:
—Stacey Grubb, 34, of the 100 block of Shady Grove Street in Patterson, at 2:02 p.m. Wednesday on a warrant for failure to appear on the charges of possession of methamphetamine; illegal use, consumption, possession or distribution of a controlled dangerous substance in the presence of persons under 17; and possession of drug paraphernalia.
She also was charged on a separate warrant for failure to appear on the charges of possession of methamphetamine, possession of Schedule I drugs and possession of drug paraphernalia
Narcotics detectives received information and located Grubb at a business on U.S. 90 in the Patterson area. She remains jailed with no bail set.
—Cole Fruge, 23, of the 1300 block of Saturn Road in Bayou Vista, at 2:45 p.m. Wednesday on two warrants for operation of a clandestine laboratory. Detectives with the St. Mary Parish Sheriff’s Office Narcotics Division located Fruge on Saturn Road.
The warrants are the result of an investigation into the manufacturing of methamphetamine at two locations on Saturn Road and Two Sisters Court in Bayou Vista. Detectives located several items consistent with the manufacturing of methamphetamine at each residence. Fruge was jailed with no bail set.
—Larosa Washington, 59, of Odile Lane in Amelia, at 4:08 p.m. Wednesday on a warrant for failure to appear for second offense possession of drug paraphernalia. During an investigation into a separate complaint, a detective made contact with Washington at his residence. He was jailed with no bail set.
—Wanya Francis, 20, of the 1500 block of Live Oak Street in Patterson, at 1:08 p.m. Wednesday for threatening a public official. While escorting offenders from the courtroom at the St. Mary Parish Courthouse in Franklin, Francis who also is an inmate, made verbal threats to a deputy. Francis remains jailed.
—Jonathan Motte, 30, of the 100 block of Oak Street in Morgan City, at 7:59 p.m. Wednesday for possession of marijuana. Narcotics detectives patrolling the Berwick area conducted a traffic stop on Trevino Street after observing a vehicle travel across the center line and fog line of the roadway. Detectives smelled the odor of burnt marijuana coming from the vehicle. After they received consent to search the vehicle, deputies located a partially burnt marijuana cigarette under the driver’s seat. Detectives released Motte on a summons to appear in court on March 11, 2015.
Berwick Police Chief James Richard reported the following arrests:
—Moises Stratton, 38, of Second Street in Berwick, at 12:09 p.m. Wednesday on Second Street in Berwick for simple battery. Stratton is being held on $250 bail.
—Eric Leleaux Jr., 21, of Fourth Street in Berwick, at 1:40 p.m. Wednesday at the Berwick Police Department on a warrant for failure to comply with terms and conditions of drug court. He was transferred to the St. Mary Law Enforcement Center.
—Victor Chavis Jr., 31, of River Road in Berwick, at 7:01 p.m. on River Road in Berwick on an Assumption Parish warrant for failure to appear simple criminal damage to property. He is jailed and awaiting transfer to Assumption Parish.
Patterson Police Chief Patrick LaSalle reported the following arrest:
—Lucuis Calvin Jr., 46, of the 300 block of Cleveland Street in Patterson, at 9:54 p.m. Wednesday on U.S. 90 for general speed law, aggravated flight, driver’s license not on person and public intimidation. He was jailed on $1,029 bail.
Morgan City Police Chief Michael Banks reported the following arrest:
—Darnell Johnson, 36, of Mallard Street in Morgan City, at 6:19 p.m. Wednesday for disturbing the peace, resisting an officer and simple criminal damage to property.
Officers were dispatched to a Railroad Avenue convenience store to assist with a man who refused to leave the premises and was alarming the employees. Johnson was given an opportunity to leave the premises but refused and began to create a disturbance by yelling profanities and threatening the officers.
During his arrest, Johnson had to be physically restrained and placed in the rear of a police unit where he was transported to the Morgan City jail. Once at the jail facility, Johnson is accused of damaging a video camera in the holding area. He was additionally charged and remains jailed.