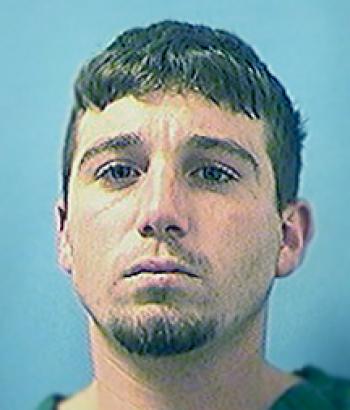 By ZACHARY FITZGERALD
zfitzgerald@daily-review.com
A 20-year-old Patterson man was arrested Monday after he broke into an inhabited residence in Amelia, St. Mary Parish Sheriff Mark Hebert said in a news release.
Hebert reported responding to 47 complaints in the parish during a 24-hour period and reported the following arrest:
—Nathan Lovell III, 20, of the 100 block of Riverview Drive in Patterson, was arrested at 11:35 p.m. Monday for simple burglary, unauthorized entry of an inhabited dwelling, and simple criminal damage to property.
A deputy responded to a call of a burglary in progress at a residence on Aucoin Road in Amelia. Upon arrival, the deputy saw a male exit a vehicle near the residence and detained him. The male was identified as Lovell. During the course of the investigation, the deputy learned from victims that Lovell entered the residence, damaging a door, Hebert said. Items belonging to the victims were found in Lovell’s pockets. No one was injured, Hebert said. Lovell was taken to the parish jail and held. No bail is set.
Morgan City Police Chief Travis Crouch reported the following arrests:
—Christine Broussard, 52, of La. 182 in Morgan City, was arrested at 8:02 p.m. Monday on a warrant for cruelty to a juvenile.
While on patrol, an officer came across a vehicle stopped with the emergency flashers on. Upon stopping to investigate, officers checked local warrants on the driver, Broussard, at which time it was found that there was a city court warrant for her arrest. Broussard was taken to Morgan City Police Department and later released on $5,000 bail.
The warrant was filed in August 2012 and it is alleged that Broussard pushed a 13-year-old juvenile and locked the juvenile outside of a residence for an extended period of time, Hebert said.
—Jammin Rodrigue, 34, of Quebec Drive in Houma, was arrested at 10:48 p.m. Monday for appearing intoxicated in public.
—Teddy Charpentier, 37, of Dwayne Street in Chauvin, was arrested at 10:48 p.m. Monday for appearing intoxicated in public.
Officers received a call in regard to two people behind a local restaurant that appeared to be urinating in public. Upon arrival, officers were directed to the rear of the restaurant where they located Rodrigue and Charpentier. Upon speaking to the individuals, officers observed that both appeared to be intoxicated. Both were taken to the Morgan City Police Department where they were booked, and later posted a $292 cash bail each and were released.
Patterson Police Chief Patrick LaSalle reported no arrests.
Berwick Police Chief James Richard reported no arrests.