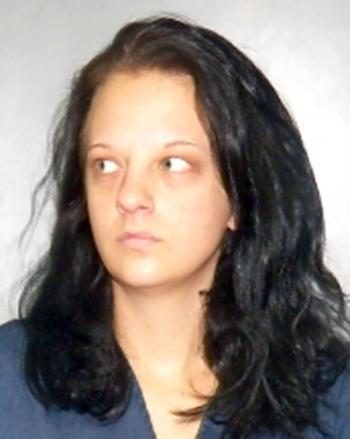 The father of the children whose mother is accused of setting fire to the home in Bayou Vista where she and her children were living, filed for a protective order Dec. 16, according to St. Mary Parish Clerk of Court records.
Daniel Blanc filed for a temporary restraining order Dec. 16 on behalf of his children in the 16th Judicial District Court against Robyn Blanc. In the petition, Daniel Blanc stated that Robyn Blanc set fire to the home where his children were living with their mother, Robyn Blanc, burning the house down. Daniel Blanc stated that Robyn Blanc was not with the children at the home for six days and left them to fend for themselves in the care of Robyn Blanc’s boyfriend.
Robyn Blanc, 29, of the 1300 block of Middle Road, Bayou Vista, was charged with simple arson in connection with the Dec. 12 fire. She was additionally charged with cruelty to animals after a dog died in the fire.
Robyn Blanc did not make any admissions as to the motive for the fire, St. Mary Parish Sheriff’s Office Lt. Sennet Wiggins said.
“I fear for my children’s mental and emotional health,” Daniel Blanc stated in the suit. “Also, when she set fire and burned down the children’s home, their pet (Remi) died in the fire.”
Daniel Blanc also cited Robyn Blanc’s criminal record, which includes a carnal knowledge charge, two theft charges and a drug charge, in the suit.
On Dec. 12, firefighters from Bayou Vista, Morgan City and Berwick responded to the fire call as repeated calls for mutual aid from Bayou Vista were made, Bayou Vista Firefighter Josh Ashley said.
In the call fighters received, the dispatcher stated a girlfriend had set her boyfriend’s clothes on fire, Ashley said. The origin of the fire was in the bedroom, and no accelerant is believed to have been used, he said.
There were no injuries, but a dog was killed in the blaze, Ashley said. Robyn Blanc was not home when officers arrived, he said. The fire to the single residence caused significant damage, Ashley said.
Robyn Blanc has been released on bail from the Morgan City Police Department Jail, police spokesman Capt. James Blair said this morning.