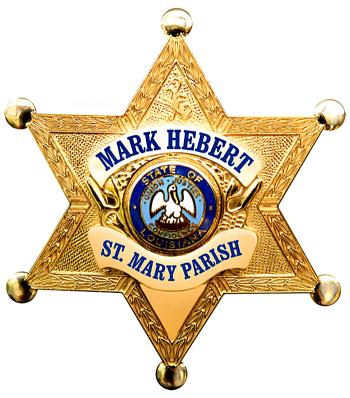 A convicted sex offender was charged Tuesday with failing to notify authorities he had moved from Lafayette to Patterson, St. Mary Parish Sheriff Mark Hebert said in a news release.

—Kenneth Francis, 41, of Mill Road in Patterson, was arrested at 4:24 p.m. Tuesday on a warrant for failure to provide notification as a sex offender or child predator.

In 2000, Francis was convicted on carnal knowledge of a juvenile in St. Mary Parish. A detective of the St. Mary Parish Sheriff’s Office Sex Offender compliance section found that Francis failed to meet state notification requirements after moving from Lafayette to Patterson.

Hebert reported responding to 34 complaints in the parish and reported the following arrests in east St. Mary Parish:

—Ryan Schwartz, 21, of Main Street in Patterson, was arrested at 6:43 a.m. Tuesday on the charges of possession of marijuana and possession of drug paraphernalia.

A deputy was dispatched to a complaint of a disturbance at a home on Riverview Drive in Patterson. The deputy found Schwartz, one of the people involved, sleeping in a shed on a nearby property.

The deputy also observed two small, clear plastic bags containing marijuana and a glass pipe by Schwartz. Schwartz admitted to the deputy that the items were his. Schwartz was released on a summons to appear in court May 10.

—Florian Metrejean, 46, of South Bay Road in Pierre Part, was additionally charged on a warrant for theft of goods and driving under suspension at 4:07 p.m. Tuesday.

The warrant stems from an investigation into a Jan. 10 complaint of shoplifting at a store in Bayou Vista. The deputy positively identified Metrejean as the suspect who attempted to exit the store with stolen goods.

After being confronted by a store employee, Metrejean abandoned the items, got into a vehicle, and drove away from the business. The deputy also found that Metrejean had a suspended driver’s license at the time of incident.

Metrejean was released from St. Mary Parish Sheriff’s Office custody on a summons to appear in court May 10.

—Melvin Thibodeaux, 47, of James Street in Siracusa, was arrested at 10:13 p.m. Tuesday on a warrant for failure to appear on the charge of operating a vehicle while intoxicated.

A deputy patrolling Amelia located Thibodeaux walking in the street on Friendship Alley. The deputy transported Thibodeaux to the St. Mary Parish Law Enforcement Center for booking. No bail is set.

—Kenneth Blair, 58, of Vine Drive in Morgan City, was arrested at 3 a.m. Wednesday on the charges of operating a vehicle while intoxicated, speeding, and improper lane usage.

A deputy traveling on La. 182 near the Greenwood overpass observed a vehicle speeding 55 mph in a 45 mph zone. The deputy also observed the vehicle crossing over the centerline of the roadway.

The driver then signaled a maneuver to the left but changed into the right lane. The deputy conducted a traffic stop. A Morgan City Police Officer assisted in the stop. While speaking with the driver, Blair, the deputy smelled the strong odor of an alcoholic beverage on his breath.

The deputy also observed other indicators of impairment and performed a standardized field sobriety test. Blair conducted the test poorly and was subsequently transported to the St. Mary Parish Law Enforcement Center for booking. Blair was released after posting $2,500 bail.

—Orrando M. Guidry, 46, of Florida Street in Morgan City, was arrested at 10:09 a.m. Tuesday on warrants for failure to appear on the charges of criminal damage to property and theft by shoplifting.

Officers located Guidry on Fifth Street near Florence Street where he was arrested on a city court warrant. Guidry was jailed.

—Jessica B. Hue, 34, of Sixth Street in Morgan City, was arrested at 1:10 p.m. Tuesday on warrants charging her with possession of synthetic marijuana, possession of drug paraphernalia and violation of uniformed controlled dangerous substance laws-drug free zone.

Officers located Hue at an address on La. 70 where she was arrested on a warrant. The warrant stems from a Tuesday incident where Hue was alleged to have been in possession of synthetic marijuana and drug paraphernalia while in a drug free zone at a super market on Marguerite Street. Hue was jailed.

—Peter J. Parrish, 66, of La. 182 in Morgan City, was arrested at 2:30 p.m. Tuesday on warrant for failure to appear on the charges of driving under suspension and improper lane usage.

Parrish turned himself in at the Morgan City Police Department on city court warrants. Parrish was jailed.