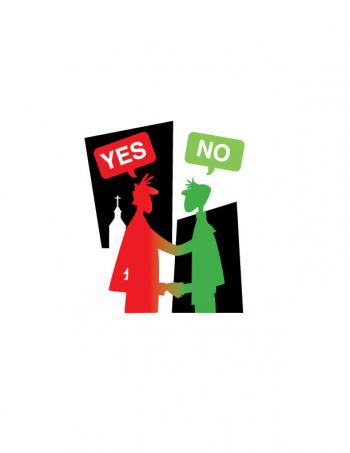 Jan. 6
The Advocate, Baton Rouge, Louisiana, on a drained tax base:
After a season of religious commemorations and holy days, it’s fair enough for an expert to point to a case of Original Sin — in the form of Gov. Bobby Jindal’s big mistake in the state budget, six years ago.
It was, of course, members of the reckless 2008 Legislature who shared in the error of repealing income tax hikes enacted in 2002 by the voter-approved “Stelly Plan,” eliminating sales taxes on groceries and residential utilities. To make up the revenues, income taxes increased in 2003, but that hurt the higher-income taxpayers with the most influence on Jindal and on new, more conservative lawmakers.
Their repeal of the Stelly income tax hikes devastated the state’s tax base. The timing was horrible, as the recession hurt the state’s economy immediately after the Legislature went home.
Since then, the state budget has been a mess, even as the state’s economy has improved: The Original Sin took away huge portions of the state’s income tax base, and revenues have never really recovered. Tragic cuts to higher education, vital to the state’s future growth, have followed from the Original Sin.
The Legislature’s chief economist, Greg Albrecht, noted the problem last month in a talk to the Press Club of Baton Rouge. Lawmakers ask where the money is, as Jindal goes around the state cutting ribbons on new businesses. The answer is that the state’s tax structure was cut at its base, basically a billion dollars every year from general fund revenues.
Albrecht noted the enormous distortions in the state’s economy by hurricanes Katrina and Rita in 2005, saying that everyone who works with the data is still adjusting for those effects. Overall, though, “our tax system does not seem as responsive to the economy pre-storm.”
While there has been much attention paid to the drop in oil prices, the mainstays of state revenues are income and sales taxes. Revenues are not growing very much at all — up only 0.7 percent in the last fiscal year, with sales tax revenues basically flat for three years in a row, Albrecht said. Many tax breaks have been larded into the system as well, as outlined in The Advocate’s special reports on “Giving Away Louisiana.”
The Stelly income tax cuts gave breaks to higher-income taxpayers. “That’s where the growth is,” Albrecht said, an observation that is widely noted in the national economic analysis — middle-class incomes stalled, higher incomes have grown.
The governor is term-limited, so his successor, and a new Legislature to be elected this fall, will have to pick up the pieces.
But like the Original Sin in theology, the loss to the state’s tax base will continue to haunt the new governor and lawmakers for years to come.
Online:
http://theadvocate.com