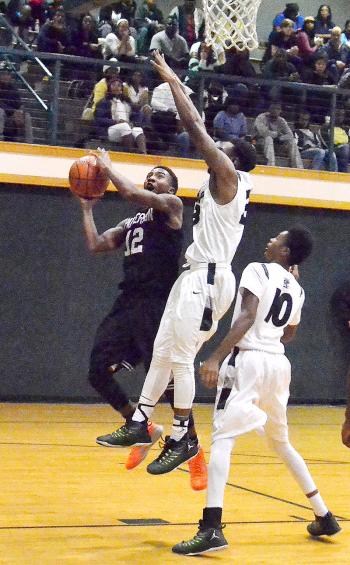 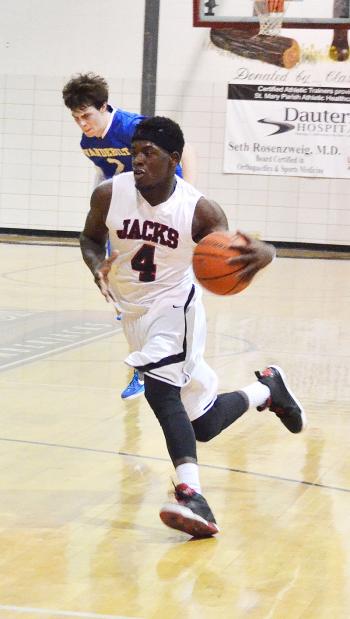 The Patterson Lumberjacks had two players named honorable mention selections on the Louisiana Sports Writers Association Class 3A All-State basketball team.
Taylon Grogan and Daylon Charlot were both selected as local representa-tives.
Grogan had per-game av-erages of 15 points, two assists, two steals and shot 48 percent from the three-point line.
“He was a consistent scorer for us the entire season,” Patterson head coach Ryan Taylor said. “He worked extremely hard in the offseason and it paid off for him. The results are showing for the effort he put into getting better. I am looking forward to seeing how much more he can improve.”
Charlot, who is headed to the University of Alabama on a football scholarship, had per-game averages of 9.5 points, two assists and five rebounds this season.
“Daylon was such a tough matchup for teams this season,” Taylor said. “His strength and athleticism are hard to counter on the high school level. He made a lot of high light plays, but he also did a lot of the little things. He missed 11 games this season due to an injury, and when he returned it was like he never left. I think it is a great honor for him to get this recognition after missing almost half of the season.”
Additional information from www.theadvocate.com/sports