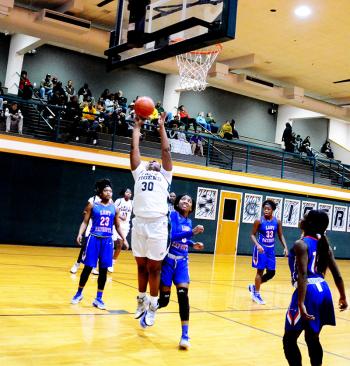 Morgan City High School's Deryon Johnson shoots during Friday's contest against Ellender. While Morgan City hung tough against the
Lady Patriots, ranked No. 4 in Class 4A, in the first quarter, it could not keep pace with Ellender the remainder of the contest, falling 80-37. (The Daily Review/Geoff Stoute)