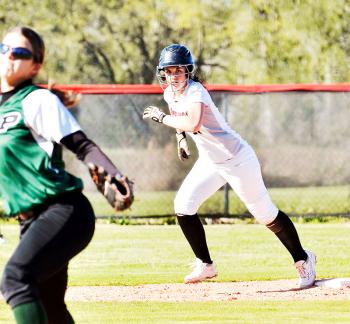 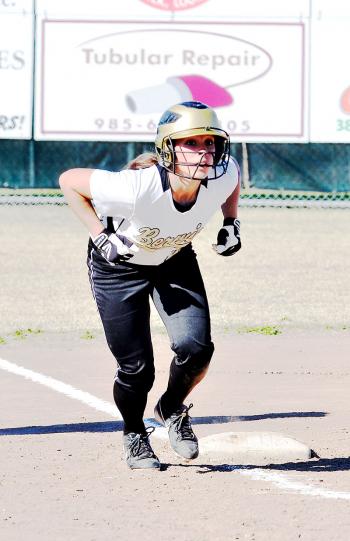 She’s just a weapon in centerfield. ... One thing she does that not too many people are willing to do is she’s willing to dive for it.

Each of east St. Mary Parish’s Class 3A softball teams had a representative on the Louisiana Sports Writers’ Association all-state teams.
Berwick’s Shannon Theriot was a first-team selection as a utility player, while Patterson’s Rachel Easley was an honorable mention choice.
Theriot made the team after batting .604.
Theriot, who was the District 9-3A Most Valuable player, was a leadoff hitter for the Lady Panthers this season while also playing in the outfield.
Berwick coach Lloyd Burchfield said he thought Theriot, a verbal commitment to the University of Louisiana at Lafayette, is “the best outfielder in the state.”
“She’s just a weapon in centerfield. ... One thing she does that not too many people are willing to do is she’s willing to dive for it,” Burchfield said.
Theriot also takes good angles and there isn’t very many balls in the outfield she doesn’t track down, Burchfield said.
“Glad to have her around for another year,” Burchfield said.
In addition to her high batting average, Burchfield noted she had a high on-base percentage as well, estimating it was probably near .700.
“If she puts it on the ground, the defense has to be perfect to get her out,” he said.
While she was a slapper on offense, Theriot recorded her gaudy batting average in Berwick’s traditionally brutal schedule.
“She earned every bit of that stat,” Burchfield said.
Easley finished her senior season with a .517 batting average. She had 10 doubles, one triple, one home run, 26 RBIs, 38 runs scored and a .769 slugging percentage.
“She was that person at the plate that we trusted if she came up with people on base, she was going to get them in, and I think that shows with the number of RBIs she had,” said her high school coach, Coby Minton, said this morning.
Minton noted that Easley, a four-year starter, kept a team that lost nine seniors from a year ago together.
“She’s a big reason why we had the year that we had after we lost all those girls,” he said.
Katie Brignac of John Curtis was named Outstanding Player in Class 3A, while Jessica Provost of St. Louis was named Coach of the Year.
Other honorees from District 9-3A were four E.D. White players, Sydney Falcon, Lindsie Sanders, Kali Clement and Tristan Gros, who all were honorable mention selections.