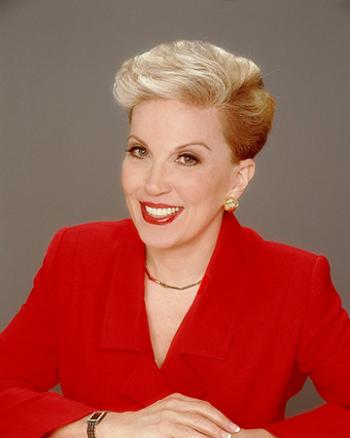 DEAR ABBY: Do you think parents should intervene in arguments between 10-year-olds? My daughter, “Amy,” was playing at a neighbor’s house with two other girls and they had an argument over something stupid. The neighbor’s daughter, “Kathy,” started to cry, so her mother asked my daughter and the other girl to leave because they had upset Kathy. Afterward, she called and wanted me to punish my daughter for upsetting hers.
I didn’t do it because I think 10-year-olds are old enough to make amends with each other. When Amy explained the situation, I concluded that Kathy started to cry because she didn’t get what she wanted. The girls were playing with each other again two days later.
This isn’t the first time this has happened, but it’s annoying because they make a big deal out of it. Kathy is an only child and we have three children. What do you think about this?
AMY’S MOM IN ANTWERP, BELGIUM

DEAR AMY’S MOM: Hang onto your sense of humor and take “Helicopter Mom’s” suggestions regarding parenting your child with a grain of salt. Kathy’s mother means well, but she should stop trying to fight her daughter’s battles for her.

DEAR ABBY: I have two brothers and two sisters. We all earned a modest but comfortable living and made plans for our retirement — except for one. He blew his money on cars, vacations and gambling. He retired as early as possible, and because of it he doesn’t get much Social Security. Now he’s broke.
He thinks one of us should take him in and complains that we are a “bad family” because no one has offered to let him live with us. None of our retirement plans were made with provisions for him. He is selfish, irritating and untrustworthy. I don’t want to spend my retirement being miserable. What do I do?
RETIRED IN CHICAGO

DEAR RETIRED: If taking your irresponsible brother in would ensure that your retirement would be miserable, you shouldn’t do it. Your brother has lived his life the way he wanted, without consideration for the consequences. If his retirement plan was gambling that you and your siblings would support him for his poor choices, it appears he has lost that bet, too. As a kindness, direct your brother to resources that help low-income seniors.

DEAR ABBY: My husband and I decided to go our separate ways and have filed for divorce. Although I moved out, we agreed to keep prior engagements. One of them is a trip to Europe to visit family and friends.
When we talked about traveling together, my understanding was that it meant sitting next to each other in the car and on the plane. Now he is making the hotel arrangements and has asked me if he should book a room with two beds or two separate rooms. This is confusing and it’s making me feel awkward. How should I answer?
THE EX-MRS. IN MICHIGAN

DEAR EX-MRS.: Be honest. If the idea of sharing a room with your almost-ex-husband makes you uncomfortable, tell him you would prefer separate accommodations.