Marriage idea loses its luster after plans were put on hold 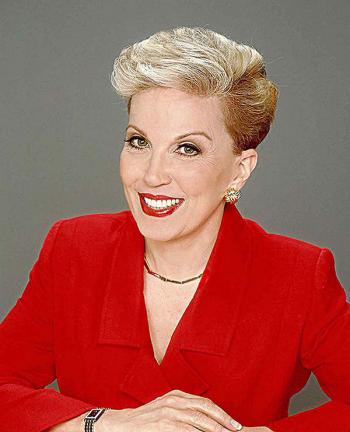 DEAR ABBY: Recently, our state became one that allows same-sex couples to wed. My partner, “Alex,” and I have been together for 18 years. We had planned to be married last spring, but a death in the family put our wedding on hold.
When I found out about the ruling, I expected Alex to be excited and suggest we go ahead and marry. To my disappointment, he didn’t seem to care. He hasn’t mentioned marriage once, and when I bring it up, he’s quiet and doesn’t respond.
We’re older, and because of health issues we don’t have an active sex life. I’m wondering if my relationship with him has been downgraded to “roommate” without me realizing it. Do I push this? Do I let it alone and settle for what I have now?
I feel like I’m too old to start over, but I have to admit that suddenly feeling like the relationship I thought I had may be an illusion has me very depressed.
LET DOWN IN ARIZONA

DEAR LET DOWN: The most important ingredient in any relationship is communication, and you and Alex have been together long enough that you should be able to level with each other. His reluctance to move forward may be something as simple as a case of cold feet. It could also be that he’s had a change of heart and doesn’t want to be married. Not all gay people do.
I don’t think it would be pressuring him to calmly ask if the idea of being married is something that no longer interests him. If this level of commitment is what you want and he can’t give it to you, you deserve to know.

DEAR ABBY: I have a teenage grandson with an upcoming birthday. For several years we have taken him to a major sporting event for his birthday. I get complimentary tickets for this from work.
Last year he noticed that the tickets were complimentary and acted very disappointed. We had spent more than $50 on refreshments and souvenirs. Should we take him to the game again this year, or opt for something else?
CAN’T WIN FOR LOSING IN WICHITA

DEAR CAN’T WIN: Your grandson’s reaction was disappointing. He should have been grateful to have been invited to share the experience. It would have been best to discuss his reaction at the time it happened.
Before making up your mind about what to do this year, ask him why he acted the way he did. Feel free to tell him it hurt your feelings.
If it turns out he was looking a gift horse in the mouth, make plans to do something else for his birthday this year, at your discretion. Shame on him.