Advice for parents on body image amid many 2016 campaign insults 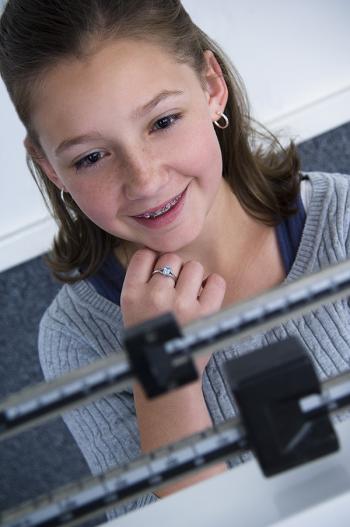 WASHINGTON — Even if your daughters don’t pay much attention to politics, they’d be hard-pressed to have missed Donald Trump’s attack of a former Miss Universe’s weight or comments about a 400-pound hacker. It resonated with a 15-year-old who said this week the words damage girls’ body image and asked Hillary Clinton how to help.
And it resonates with adolescent and mental health experts who say it’s time to make clear to kids that they’re more than their looks — even if a presidential candidate can get away with publicly degrading comments.
Girls are particularly at risk for having a distorted body image that can lead to eating disorders, regardless of their weight.
“For them to have that be reinforced by a presidential candidate, it really sets us back generations,” said Dr. Jane Swedler, chief of adolescent medicine at Winthrop University Hospital in Mineola, New York.
“We can’t tell the kids just to turn him off, because that’s not the answer,” added mental health expert Linda Lucker Leibowitz of the University of Pennsylvania. A longtime school counselor, she is now associate director of school and mental health counseling at Penn’s Graduate School of Education — and says parents, teachers and counselors alike need to talk with children of all ages about this kind of weight bullying.
Words Matter
Trump’s words are what experts call body shaming. The latest back-and-forth began in the presidential debate, when Clinton criticized Trump for calling a then-Miss Universe “Miss Piggy” two decades earlier. He didn’t deny that, and the next morning compounded the insult by saying on TV that the beauty queen had gained weight and “it was a real problem.”
Monday, during a town hall meeting with Clinton, 15-year-old Brennan Leach said body image was a major issue for girls her age, adding, “I see with my own eyes the damage Donald Trump does when he talks about women and how they look.”
Clinton praised the teen for asking how to help and said, “We need to laugh at it. We need to refute it. We need to ignore it. And we need to stand up to it.”
Leibowitz said kids mimic what they hear from a celebrity like Trump.
It’s Not Just Trump
Society bombards girls and women with an unrealistic idea of beauty — just think of all the magazine covers with skinny yet buxom models in a nation of widening waistlines.
Even little girls need to be told that “most of these pictures are not real. They’re airbrushed, they’re Photoshopped,” Swedler said.
Parents sometimes unconsciously reinforce the message, she said, if they focus on pounds and dieting rather than on teaching children to eat nutritiously and exercise to be healthy — not to be skinny.
Good Body Image is Important for Health
Just last month, the American Academy of Pediatrics released new guidelines addressing how to prevent both obesity and eating disorders.
Childhood and teen obesity is a serious problem, associated with depression and poor self-esteem as well as later-in-life disease. Eating disorders, while not nearly as common, also are a serious problem — and most teens who develop one didn’t start out obese. Instead, the AAP report said often they started out misinterpreting those prevention messages about healthy eating, eliminating foods and calories they don’t need to.
Leibowitz, the counselor, would see girls as early as middle school skipping lunch, or wearing baggy clothes to hide their shape.
And while body image problems and eating disorders tend to affect mostly girls, Swedler cautioned it sometimes is a problem for boys, too.
What’s the Advice?
Parents, ask kids what they think about the insults being hurled around, as an opening to a conversation about body image.
“I would bring it up myself: ‘The words that I heard today from Donald Trump really hurt me. What do you think about them?’” is Leibowitz’s conversation starter.
Swedler said parents must make girls aware that their physical image doesn’t reflect who they are or their worth. Sure, tell them they’re pretty but also say they’re an amazing artist or a great student, “something about who they are and their brains, and not just about their pigtails,” she said. If a weight concern comes up, you might ask your daughter to start walking with you and then have her list three things that are great about herself.
The American Academy of Pediatrics’ report says to discourage child dieting, skipping meals or using diet pills. Instead, parents and doctors should encourage more family meals together, promote a positive body image and avoid talking about weight in favor of promoting a balanced diet and exercise for fitness.