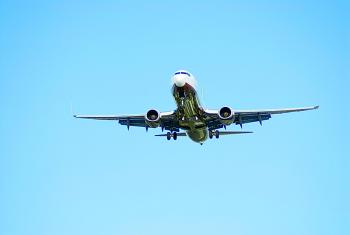 WASHINGTON (AP) — The government should crack down on airline fees for things like seat reservations, checked baggage and ticket changes or cancellations, which are often unfair or hidden from consumers, according to a Senate report released Thursday.
The report, which is based on an investigation by the Democratic staff of the Senate commerce committee, says there appears to be no connection between the price of checked bag fees and the costs incurred by the airlines that impose them.
“For example, many airlines charge a fee for a second checked bag that is substantially higher than the fee for the first checked bag, even though there appears to be no cost justification other than increased profit for doing so,” the report said. It recommends that the Department of Transportation, which has the power to investigate and prohibit “unfair or deceptive” practices in the airline industry, investigate whether bag fees should be tied to actual costs incurred by an airline.
The report also says that in most cases airlines charge fees for changing or cancelling a ticket no matter how far in advance of a flight the changes are made. And it criticized airline websites that mislead consumers into believing they have to pay an extra fee to obtain a seat.
Jean Medina, a spokeswoman for Airlines for America, an airline industry trade association, rejected the report’s criticisms.
“It would be difficult to find an industry that is more transparent than airlines in their pricing,” she said in an email. “The fact that a record number of people are traveling this summer further demonstrates that customers always know what they are buying before they purchase.”