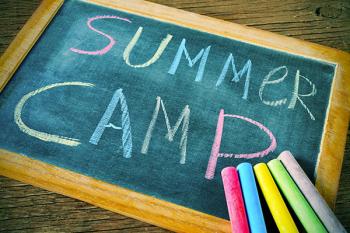 By KAREN SCHWARTZ The Associated Press

With more than 7,000 overnight camps in the United States, parents can feel intimidated about choosing the one that’s right for their child.
Fortunately, there exists an industry ready to help: camp advisers.
“I know people who just send their kids wherever their kids’ friends have gone without investigating other options,” said Stephanie Vordick, a mother of two and an interior designer in Rockville, Maryland. “For me, I had expectations for sleep-away camp that I wanted met.”
Vordick wanted a four-week session at a non-denominational camp on a lake. It needed to have sports but not be too competitive, and it had to be “a camp that had tons of awesome traditions, but was welcoming to new kids,” she said.
With the help of a camp adviser, she found the program in New Hampshire that her son, now 14, attended for four summers.
My decision to try an adviser came when my teenage daughter said she wanted something more specialized than the camp she had attended the past two summers.
I began with a half-hour phone interview with Lois Deckelbaum of Philadelphia, one of 16 advisers working for the Baltimore-based Tips on Trips and Camps.
The 45-year-old company represents about 350 overnight camps and 250 other programs. They make site visits to about 125 per year.
That expertise cost me nothing. The advisers are paid a commission by the camp if a child enrolls.
Deckelbaum asked about our budget, my daughter’s interests, her personality, previous camp experience, what geographical area we would consider, urban or rural setting, allergies and dates, among other things.
A few days later, she emailed me information on four camps — in Vermont, Connecticut, New York City and France — as well as an endorsement of a camp I’d asked about but which isn’t represented by her company. She knew it by reputation and suggested I keep it in the running.
One of the camps on her list sounded promising, and Deckelbaum gave me the director’s contact information and a lengthy list of questions to consider. (Both Tips on Trips and Camps, and another advisory service called Student Camp and Trip Advisors, Inc., that represents 250 camps, have suggested questions posted on their websites.)
As I gathered information, I gained a clearer picture of what type of program would work best for my daughter and asked Deckelbaum for some additional camps. She suggested two more, one in Maine and the other in Iceland.
Nearly 30 percent of the 3,000 overnight and day camps accredited by the American Camp Association have worked with camp advisers, according to a 2014 association survey. The advisers allow camps to market to a wider audience, said ACA Chief Executive Tom Holland.
He recommends that parents using camp advisers review their credentials and background to make sure they are a good fit for the family.
Alternatively, the ACA offers a searchable camp database on its website, though only two of the 10 programs I had looked at for my daughter came up in the search.
Although the Internet has made it easier for parents to research a wide variety of camps, it can be even harder to choose from the abundance of options.
Parents will say, “I’ve looked at 25 different programs, how can I tell which is a good program and would suit my child’s needs?” said Eve Eifler, owner of Tips on Trips and Camps.
“Camps have a specific kind of culture and feeling and attitude and inclusiveness, and those are very hard things to glean from a website. Because we send kids to the camps and we know the directors, we can help,” Eifler said.
Diane Borodkin, owner of Student Camp and Trip Advisors, a 40-year-old company based in suburban Boston, recommends that parents try to visit the camp, and meet with the camp director in person.
That wasn’t possible with the camp we favored, but I spoke with the director by phone, exchanged emails, and got the names of some former campers and their parents to contact. Our decision has been made, the deposit sent off and my daughter can’t wait to attend. I can only hope she’s this happy in that first letter home.
Online:
www.tipsontripsandcamps.com
www.campadvisors.com
www.acacamps.org
http://find.acacamps.org