Fares are cheap; airlines don’t want them to stay that way 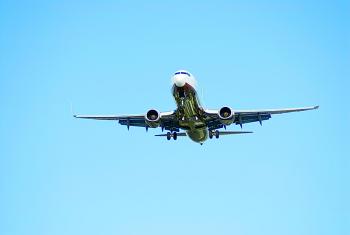 DALLAS — Enjoy lower airfares while you can. Airlines are taking steps to push prices higher by next year.
Fares have been dropping for more than a year. Taking inflation into account, the average round trip within the U.S. in late 2015 was the lowest since 2010.
Ticket prices have fallen even further this year, according to the airlines. Not only is flying from Dallas to Denver cheap, but popular international vacation destinations like Europe are more affordable.
Fliers can thank the steep plunge in oil prices since mid-2014. As they saved billions of dollars on jet fuel, both domestic and international carriers added supply — seats — faster than travel demand was growing. The major airlines have announced steps to rein in the oversupply, but such changes can’t happen overnight, so fares will remain affordable for the peak travel season.
One downside: Be prepared to spend a few more hours of your vacation standing in an airport security line.
The number of airline passengers this summer is expected to rise 4 percent over last year’s record level. That, along with fewer Transportation Security Administration screeners, is expected to create long lines.
American Airlines and United Airlines say they each plan to spend about $4 million on contractors who will help TSA by handling some of the non-screening duties at airport checkpoints, like running bins and managing the lines.
Stories about horrific lines might be an opportunity for last-minute deals, according to Pauline Frommer, editorial director of the travel guide company Frommer’s.
“If American Airlines is going to spend $4 million of its own money, obviously the airlines are nervous about not being able to sell last-minute seats,” she said. “I wonder if this rash of bad publicity won’t make getting a last-minute booking more affordable.”
Signing up for fare alerts from the airlines and price-tracking websites can help consumers spot those deals, many of which lapse quickly.
Last week the price-tracking website airfarewatchdog.com spotted $688 round trips on British Airways and American leaving New York on July 6 and returning July 17. George Hobica, the site’s founder, said $1,200 would be more typical for peak season. The sale was gone after one day.
If you don’t have kids in school, the easiest way to save money would be delaying a big trip until at least mid-August. “After that, we see fares drop off a cliff,” Hobica said.
Within the U.S., the cost of an average round trip fell about 8 percent last year, according to government figures. In March, the average fare per mile was down 5.6 percent from March 2015, according to the industry trade group Airlines for America. Fares have fallen faster on international routes than on domestic ones, largely because the foreign airlines added of a glut of flights.
Faced with fuel costs that have gone back up since February, investors are now pressuring airlines to reverse the decline in fares by growing more slowly.
Delta Air Lines said this month it will cut its planned growth more sharply as this year goes along. By the fourth quarter, Delta expects its passenger-carrying capacity will be 2.5 percent higher than late 2015. That would be down from 5.4 percent growth in the first quarter. United Airlines squeezed its planned 2016 growth by 0.5 percentage points, and American will slash its planned international growth this year to 2.5 percent from the original 6 percent.
Those moves won’t make a dent in the number of seats available this summer, but they could gain traction — and boost fares — by next summer.
Meanwhile, some airports have seen security lines stretch to more than one hour. With the blessing of Congress, TSA is hurriedly adding nearly 800 screeners and encouraging travelers to sign up for expedited-screening programs to make things go faster. It is unclear how much any of that will help when summer crowds show up.
At big airports, travelers might save time by going through a checkpoint farther from their gate, said Keith Nowak of Travelocity.com. At Dallas-Fort Worth International Airport, Terminals A and C, where many domestic flights depart, can be crowded on weekday mornings, he said, and it could be quicker to go through security at another terminal and take the airport tram to your gate.