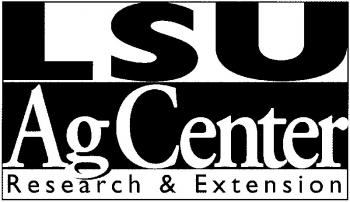 LAFAYETTE — Consumers who want locally-grown food have expanded the market for selling vegetables and other agricultural products to restaurants and groceries, LSU AgCenter experts advised small producers Wednesday.
Speaking at a MarketReady workshop, LSU AgCenter economist John Westra said surveys have shown that the demand for local food is increasing.
“There are a lot of people who value knowing who produced their food,” Westra said. “It’s an opportunity for you to take advantage of.”
Establishing a relationship with buyers for restaurants and groceries is critical. “You need to build a line of communication,” he said. “Most of them want to know if there’s something available locally.”
Growers should talk with buyers months before a crop is ready, and they should be able to deliver what was promised. “If you are consistently inconsistent, that buyer is going to look elsewhere,” Westra said.
An invitation for buyers to visit a farm is a good idea to show them how the food is grown.
Promotion efforts should include using a variety of media, including Facebook, Twitter, Instagram and MarketMaker, as well as getting a website, he said. “Get the message out there as often as you can, as many ways as you can.”
AgCenter extension associate Ann Savage said schools want to buy locally-grown products. She provided details on complying with federal farm-to-school program requirements.
AgCenter extension associate Todd Cooper led a panel of buyers in a question-and-answer session during the MarketReady program.
“We like to buy locally as much as we can,” said Patrick Morris, of Rouse’s Grocery.
Morris said communication and personal contact are essential to establishing trust. “Produce is still a handshake business.”
He said Rouse’s has helped fledgling growers get established.
Chef Ryan Trahan, of Dark Roux restaurant in Lafayette, said he buys products from 20 different suppliers. He visits farms to see how produce is raised. He also picks vegetables and prefers to wash them at the restaurant.
Nolan Maturin, a buyer for Kevin Guidry Produce of Lafayette, said he requires documentation from farmers to show food safety auditors that vegetables are being handled properly throughout a growing season. “A lot of the farmers cannot provide us with the needed information.”
New food safety regulations are going into effect, Morris said.
The MarketReady program is funded through a specialty crop grant provided by the Louisiana Department of Agriculture and Forestry.
Additional MarketReady workshops will be held Oct. 14 in Monroe, Nov. 11 in Alexandria and in late November or early December in Port Allen.
--By BRUCE SCHULTZ
LSU AgCenter