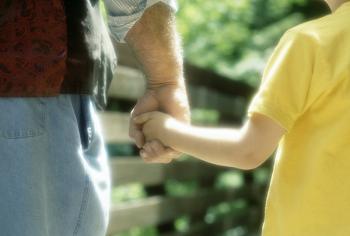 By JIM SALTER The Associated Press

ST. LOUIS — A St. Louis nonprofit is helping people with Alzheimer’s disease stay in their homes longer, which its founder says benefits patients while saving taxpayers money that would otherwise go toward paying for nursing home care.
Lisa Baron, who founded Memory Care Home Solutions, testified Wednesday before the U.S. Senate’s Special Committee on Aging during a hearing that focused on the financial and emotional toll that Alzheimer’s disease has on the 5.4 million Americans who suffer from the disease and their loved ones.
Baron told the committee that America is “facing a national crisis caused by Alzheimer’s and dementia.”
Democratic Missouri Sen. Claire McCaskill, who co-chairs the committee along with Republican Sen. Susan Collins of Maine, cited studies showing that dementia care could cost the nation $1 trillion annually by 2050. She said Medicare and Medicaid pay “the vast majority” of that cost.
“The model of Lisa’s organization not only helps seniors to remain in their homes, but also provides critical assistance to family caregivers who are so often overlooked,” McCaskill said.
In an interview Thursday, Baron told The Associated Press that she started her nonprofit in 2002, not long after her mother-in-law, suffering from Alzheimer’s, wandered away from home. Firefighters later found her. She had fallen and wasn’t able to get up, but was otherwise unharmed.
“That was the moment I knew I had to help other families dealing with the destruction of this disease,” Baron told The Associated Press.
Baron said she was inspired by the dignity with which her father-in-law treated his stricken wife, allowing her to remain home as long as possible. She said that on average, her clients stay home a full year longer than others at similar stages of the disease.
Memory Care Home Solutions uses donations to help mostly low-income families that are coping with the disease — more than half of the organization’s clients earn less than $20,000 annually. Services are provided at no cost.
It isn’t just memory that abandons someone with Alzheimer’s. Their vision is affected, depth perception, balance. Being forced into an unfamiliar environment often makes things much harder for them, Baron said.
“Therapeutically it’s the best thing to stay in their home, the environment they know so well,” Baron said.
So her organization trains caregivers to deal with the side effects of the disease, and establish safeguards that can allow the Alzheimer’s sufferer to stay out of a care facility as long as possible.
Caregivers are taught the basics, ranging from how to change a diaper to how to lessen the risk of falling out of bed. The organization provides an alarm that sounds if the person with dementia opens a door to the outside. The program also helps the caregiver deal with problems common for dementia patients, such as dehydration, urinary tract infections, hallucinations and falls.
Easing the burden of the caregiver is vital, too.
For example, a common side effect is disorientation when awakening. A person with dementia might wake up in the middle of the night and believe it is breakfast time.
Memory Care teaches caregivers to leave breakfast items out at night so that the person with the illness can eat without requiring the caregiver to get out of bed.
Baron estimates that by allowing clients to remain at home longer, her program has saved the Missouri Medicaid program more than $30 million.
“It really helps in terms of quality of life, and it diminishes costs,” she said.