Opperman is AGU June Artist of the Month 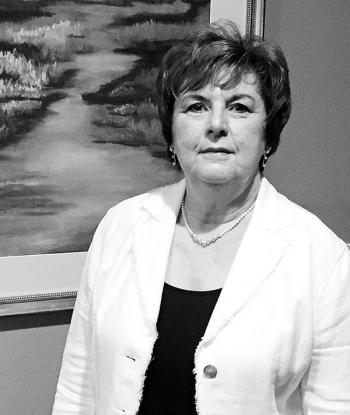 Charlotte Cronier Opperman of Patterson will be the featured artist for the Artists Guild Unlimited’s Artist of the Month showing at the AGU Everett Street Gallery in Morgan City during June.
The public is invited to an Artist of the Month reception to be held from 6 to 8 p.m. Tuesday at the gallery located at 201 Everett St.
Opperman’s art will be on display during gallery hours of 1 to 4 p.m. Wednesdays through Fridays, and 11 a.m. to 2 p.m. on Saturdays.
She began taking art lessons in 1976 when her sister, Alice Gibson, encouraged her to try acrylics. Over numerous years she studied under Gibson in a variety of media. She worked in pencil, pen and ink, oils, pastels, watercolors as well as acrylics. Janet Robinson has also been her teacher and mentor in pastels in recent years.
During the last 40 years, Opperman has also taken workshops in watercolors with Keith Andry, Judi Betts, Edgar A. Whitney, Janice Sachse and Kathy Stone; oils with Don Wright and Carol Hallock; and pastels with Sandra Burshell.
Opperman has entered and placed in many local art competitions, including the Gonzales Jambalaya Festival, the Acadian Art Show at the Iberville Parish Library, the Terrebonne Fine Arts Guild and the Artists Guild Unlimited Art Show during the Louisiana Shrimp and Petroleum Festival.
Improving her skills in pastels is Opperman’s current artistic passion.
Opperman is a member of Artists Guild Unlimited.