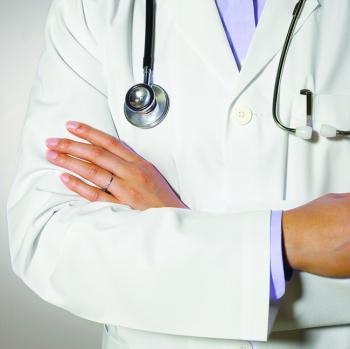 MUNSTER, Ind. (AP) — The Torabi siblings realized one after another throughout childhood they wanted to pursue medical school.
It also just so happens they ended up at the same university — and they have the matching white coats to prove it.
The oldest, Asad Torabi, 27, is in his fourth year at Indiana University’s School of Medicine in Gary, while Sara, 26, is in her third year, and Rana, the youngest, is in her second year. Asad has spent much of the past several months on periodic rotations in Indianapolis, but considers Munster, where his family now lives, his home. The siblings grew up in the Valparaiso/Chesterton area.
Passion for patient care runs in the family — their parents both work at NorthShore Health Centers. Torraj Torabi works as a medical physicist and director of imaging at NorthShore Health Centers, which has several clinic locations in Northwest Indiana, including Merrillville, Portage, Lake Station and Hammond. Soraya Torabi works as a radiation safety officer at NorthShore’s clinics.
“They got accepted in other schools as well, but I explained that Indiana University is very good, very fine, especially in medicine,” Tooraj Torabi said. “I’m very proud they stayed here. Everything was win-win.”
IUN School of Medicine’s Northwest campus is a competitive program, accepting just 30 students per year, according to the university. The trio said they love the close-knit family atmosphere of IUN.
“It’s about being able to relate. The hours that you put in, how long you’re at the hospital. It is nice knowing someone else did it and went through it and maybe they felt the same way you did. It’s a nice support system,” Sara Torabi said.
Having three siblings and two parents in the health care field under one roof has its perks, too, Soraya Torabi said.
“If they are at home, usually Rana says, ‘You know, I think Sara just had (an exam). When she comes in, I’m going to be baking something nice.’ Or ‘Asad is coming home from a big test. Let’s bake him something nice,’” Soraya Torabi said.
Sara Torabi said the siblings are not competitive, but supportive — both emotionally and academically.
“We all have been in each other’s shoes before. So if we hear someone has a big test coming up in a week, we keep the volume down, let them study and help each other out,” she said.
Asad said he is leaning toward cardiology, but, much like his sisters, he is keeping his options open.
Sara is in her third year, where students focus on clinical rotations, and are beginning to have tough conversations with families about real medical issues, she said. She said a program unique to IUN — which connects students with the families of anatomical donors — helped prepare her, and her siblings, for the realities of the medical field.
Throughout the semester, students enrolled in the program communicate with families of the anatomical donors and address each cadaver by name. There’s a ceremony at the end, where students can meet with the family and pay final respects.
Born and reared in Northwest Indiana, the Torabi siblings all said they are interested in remaining in the Region to practice.
“We’re homegrown Hoosiers. We just want to give back,” Rana Torabi said. “Our community has invested in us, so we have to invest in our community.”
—The Times, http://www.nwitimes.com