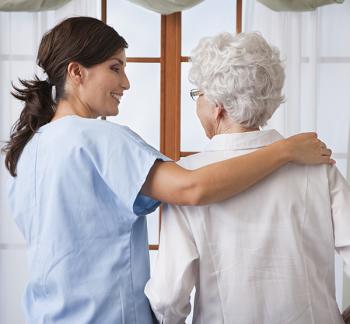 WASHINGTON — Grandma’s cholesterol is OK, but maybe the doctor should be asking about her social life, too.
Think about health during the senior years, and a list of common ailments pops to mind. But that’s not the whole story. New research suggests factors such as loneliness and whether they’ve broken any bones since middle age also play a role in the well-being of older adults.
In fact, layering on that extra information better predicts whether a senior’s next five years will be fairly robust or whether they’re at higher risk for death or disability than just focusing on what chronic diseases they have, researchers reported Monday in Proceedings of the National Academy of Sciences.
“Aging is not a linear process of wear and tear,” said University of Chicago biopsychologist Martha McClintock, who led the study. “It’s a different way of thinking about aging.”
Using a government study of 3,000 middle-aged and older people, the researchers compared the medical conditions that doctors look for in the average check-up — blood pressure, cholesterol, diabetes, heart disease, cancer — with information about psychological health, mobility, hearing and other sensory capabilities, and additional characteristics of day-to-day functioning.
Of course having a cluster of serious diseases and being frail can mean a greater risk of death. Having uncontrolled diabetes and high blood pressure was particularly risky on top of other illnesses.
But factoring in the extra harder-to-measure characteristics showed some seniors with chronic diseases actually were more likely to survive the next five years than their medical charts indicate. And about half who by disease diagnoses alone would be considered healthy really were more vulnerable to decline, the study found.
Those extra factors “are harbingers, they’re canaries in the coal mine of some biological processes that are aging,” said McClintock, who hopes the findings spur policymakers to focus more on these other nondisease conditions of aging.
The work may help redefine how doctors determine older patients’ vigor and quality of life, said Dr. John Haaga of the National Institute on Aging, which funded the research.
“We really have to look at more than the collection of diagnoses that they have. We’ve got to look at some of these life circumstances and really ask a few questions about mental health, about recent events, that will help trigger more watchful care,” he said.
Among the findings:
—Poor mental health, which affects 1 in 8 older adults, makes people more vulnerable to certain illnesses. The researchers weren’t measuring a diagnosis of depression, long known to complicate overall health. Instead, they asked whether people feel lonely, if they’re socially isolated, if they have trouble sleeping, if they’re anxious or stressed or have low self-esteem.
Why did that matter? Separately, McClinton has studied the biology behind social isolation in rats caged separately or in groups, and found the loners got more aggressive breast cancer sooner, with a worse prognosis. The isolation triggered physiologic changes — hormones that overreacted to the stressors of everyday life, and differences in fatty breast tissue that supported the growth of cancer cells.
—Breaking a bone any time since age 45 is a marker of future health problems. That’s surprising, and needs further study, said NIA’s Haaga, adding that meanwhile it’s something doctors might consider.
A broken hip during the senior years has long been known to send patients on a downward spiral. But this study implicated long-healed fractures of any type as early as middle age to poor health later on. Those breaks might be an early signal of bone-thinning osteoporosis, or the beginning of balance and muscle problems that increase the risk of later frailty, Haaga speculated.
—Good mobility — no trouble walking quickly or getting up from chairs — is one of the best indicators of well-being. Indeed, prior fractures were a risk for poor later mobility.
—Obesity seems to pose little risk to seniors as long as they’re otherwise in good physical and mental health — without the diabetes or heart disease that so often accompanies extra pounds. Haaga noted there’s controversy about whether being overweight in the senior years is helpful.
—Sensory function — problems with hearing, vision and smell — also plays a role in seniors’ vulnerability. McClintock said it contributes to social isolation, mobility and nutrition.