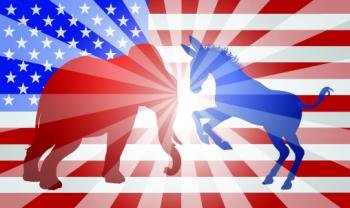 By LEANNE ITALIE, The Associated Press

NEW YORK — The election is over, so what about all those frayed relationships among loved ones?
Mothers and sons, sisters and brothers, friends unfriended — it’s been tough for some on opposing sides who must now figure out the way forward. They wonder what their ties will feel like a month from now. A year. What about the holidays?
Leigh Anne O’Connor in Manhattan already has her answer, and her heart broke.
“My dad just called and said he is not coming for Thanksgiving,” she said Thursday. “I cried last night when we hung up.”
He supported President-elect Donald Trump, along with one of her sisters and other relatives. She did not.
“He got into a ‘discussion’ on Facebook with a friend who will be at Thanksgiving and he also read something my oldest daughter wrote against our family members who supported Trump,” O’Connor explained. “My mom was always liberal. She died 12 years ago. Things would be different if she was still alive.”
In Los Angeles, Tonya McKenzie said she expects her big brother to show up for turkey despite their political differences. She has always looked up to him but anticipates a new level of “awkwardness” after he went on a few social media rampages disparaging Hillary Clinton.
Until then, McKenzie said they had been able to thoughtfully agree and disagree on specific issues and traits they liked about each presidential candidate, with the siblings often crossing party lines together.
McKenzie wound up voting for Clinton. Though she likely knows the answer, “I’m scared to ask him who he voted for,” said McKenzie, who would rather dwell on more positive times.
For Clinton supporter Taz Loomans, who lives in Portland, Oregon, her ache comes over her relationship with her older sister. Like McKenzie, she hasn’t asked whether her loved one — both are 40-somethings — cast a vote for Trump. Loomans doesn’t want to seal that in words.
“We’re a Muslim family. She hadn’t been with Trump the whole time. She was really appalled at his candidacy and his racism. But at the end she said she hated Hillary more and was really suspicious of Hillary,” Loomans said.
Their bond is battered but not broken, she said, and she’s not sure how her feelings will settle. They’ve spoken since the election.
“I love my sister. I’m not going to disown her or stop speaking to her, but I’ve always looked up to her and her opinions. If she disagreed with me, it always made me think, oh maybe she has a point,” Loomans said. “But this kind of takes that away. She’s not on a pedestal anymore.”
The election cycle has clearly left some families battered, along with Amanda Rose in Louisville, Kentucky.
She’s a professional matchmaker.
“I had one man that refused to continue to date a lady that voted for Trump. I have heard of countless conflicts with dates because of the election. It’s been so bad I’ve decided not to set up any more dates till next week,” Rose said Thursday.
It’s a husband-wife thing for Bill Seavey in Cambria, California. She’s from Canada and a Trump voter. He was for Clinton.
“There were some hurt feelings that we wouldn’t accept each other’s viewpoints,” he said. “We’re civil people, love each other and we agreed to disagree. But I’m glad the election is over!”