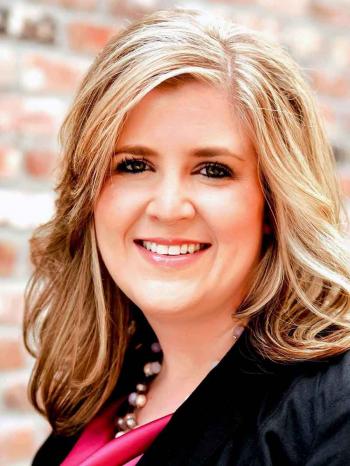 Bill Marin, board chairman of Patterson State Bank, has announced the hiring of Morgan City native and Youngsville resident Lauren Michel as the bank’s Lafayette loan production office supervisor.
Michel attended Northwestern State University. She dedicated the last 11 years of her professional career to enhancing her banking, mortgage lending and management experience. She has participated in bank acquisitions and conversions, spent several years training bankers on consumer operations, and has won many awards for her excellence in sales and leadership.
She has earned various professional certifications and licenses in credit management & analysis, mortgage lending, and insurance & annuity sales. Lauren previously served as president-elect and board member of Acadiana Mortgage Lenders Association.
She is an active member of the Youngsville Chamber of Commerce, Realtor Association of Acadiana, OneAcadiana and Youngsville Ladies Auxillary VFW Post 9210.
She currently serves as a councilwoman for the city of Youngsville.
In her new role, Michel will oversee day-to-day lending operations, recruiting, and market growth opportunities. Lauren has been married to her high school sweetheart, Marine Sgt. Matthew Michel, for 12 years. They have one daughter, Ava, and are expecting their second daughter early next year.
Patterson State Bank is a $215 million community bank that was founded in 1925 by E.F. Marin and Harry Williams, both of Patterson.
The bank has its home office in Patterson, full service branches in Berwick and
Morgan City, and loan production offices in Metairie, Mandeville and Lafayette.
— Staff Report