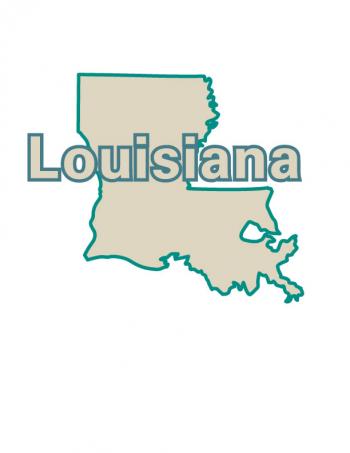 The headlines resounded across the front page of both New Orleans’ daily newspapers. “AN UNCONSCIONABLE ACT” blared the New Orleans Advocate. “IT WAS PANIC,” shouted The Times Picayune. Bullets were flying all over Bourbon Street as a visiting Baton Rouge man was killed and 10 others were injured. And the continuing tragic news is that 42 people were shot in the Crescent City in the previous 10 days alone.
Violence seems to be an integral part of
balcony and listen to the street musicians. But a different world transpires when the sun goes down. It’s just not a safe place to be anymore. So with sad-ness, we have decided to move out.
New Orleans is at a crossroads. It can be either a unique place to live and work, or it can slowly drift into the cosmos due to a justified fear of crime. There’s a fight to keep the bright dynamic young leadership in the city and be an integral force in molding the
The Queen City of the South is under siege. No, not from hurricanes. This time, the siege is from within. New Orleans is known as the city that care forgot. But it’s been hard to let the good times roll in the Big Easy when the dice keep coming up snake eyes.
New Orleans is in a battle to stay afloat as it deals with major street crime, a lingering aftertaste of previous corrupt politicians, and a dysfunctional criminal justice system where even federal officials can no longer be trusted. Author James Lee Burke writes about this corruption and dysfunction in his novel "Last Car to Elysian Fields": “One of the most beautiful cities in the Western hemisphere was killed three times, and not just by forces of nature.”
For years, the Crescent City has had the highest per capita murder rate in the nation, where multiple killings often happen on a daily basis, a town that is rated as one of the five most dangerous cities in the world. But even with such a reputation, it was hard to fathom the recent shootings of 10 tourists on Bourbon Street.
A number of suggestions to stop the shootings are being discussed. Put up metal detectors around the French Quarter’s raucous entertainment district, make the area a “no gun carry zone,” invoke “stop and frisk,” ask the governor for more state police assistance, and install numerous publically operated video cameras. Isn’t it a shame that the city has to resort to such extreme security measures so that tourists and the locals can have a little fun?
New Orleans has been part of my DNA for more than 50 years. I lived on Dauphine Street in the French Quarter as a law student at Tulane. After graduating, I practiced law in the Big Easy, was stationed in the military there, and hosted a daily radio program on WRNO for three years after Katrina hit.
It’s been wonderful during daylight hours to soak in the ambiance of my surroundings, attend Mass at St. Louis Cathedral or just sit out. on our future of New Orleans. Right now, folks living the Crescent City just don’t feel all that secure.
Novelist Walker Percy once told me that New Orleans “could be much more than a slightly sleazy playground for tourists and conventioneers.” He is right. But until city and state leaders find ways to reduce the high number of rampant shootings, not much will change. Feeling safe trumps all other aspects of living in the city that care forgot.
Jim Brown’s syndicated column appears each week in numerous news- papers throughout the nation and on websites worldwide. You can read all his past columns and at http://www.jim- brownusa.com.