Jim Brown: Why can't we be the greatest generation? 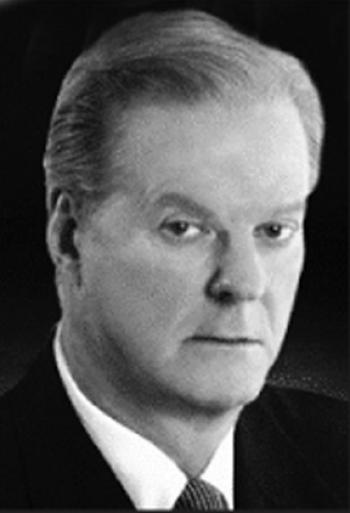 Former NBC newscaster Tom Brokaw wrote a book a few years back about what he called “The Greatest Generation.” In contrast, there’s a recent best seller out calling America “the dumbest generation.” And since Louisiana is at the bottom of the barrel on most national lists, you can imagine how folks in the Bayou State are viewed.
With all the tools of modern technology supplying us with a 24/7 information overload, and the opportunities for intellectual development at an all time high, why aren’t we making a run at being “the greatest generation?” What conditions existed 70 years ago that set apart those who fought in World War II and those who volunteered at home?
There’s no doubt that these men and women of the1940s were resourceful, hardworking and deeply committed to giving extraordinary service to their country. As Brokaw writes: “They came of age during the Great Depression and the Second World War and went on to build modern America – men and women whose everyday lives of duty, honor, achievement and courage gave us the world we have today.”
But do we instill these same values now? Or does today’s generation value lifestyle over success? In his book "The Dumbest Generation," Mark Bauerlein has little hope for today’s youth. Bauerlein views our young people as “Ignorant of politics and government, art and music, prose and poetry. The dumbest generation is content to turn up their iPods and tune out the realities of the adult world. It is brash, pampered, dumb — and content to stay that way.”
What has happened to the leadership that was charged with instilling these traditional values? Where is the call for sacrifice, volunteerism and “pitching in” for the greater good? The idea of sacrifice seems old-fashioned in our modern times. Self-sacrifice is so out-of-tune that we’ve turned upside down President Kennedy’s moral challenge: “Ask not what your country can do for you — ask what you can do for your country.”
Today, many Americans consider self-sacrifice to be something only for suckers and losers. Even our “public servants” often leave office much richer than when they took office, or at least having used their government service as merely a stepping-stone to a much higher paying job in the private sector. For many, Kennedy’s words have been rewritten: “Ask not what you can do for yourselves or your country, but what your country can do for you.” Who can forget President Bush’s advice after 9/11 that the best way to support our country was to “relax and go shopping.”
New Louisiana U.S. Sen.John Kennedy recently suggested that every public official in the state spend a little time teaching in local classrooms –it’s a good idea that would inspire many young people. When he proposed it to a newly created Commission to Streamline Government in Louisiana, his suggestion was summarily dismissed as unworkable and not practical.
At the dedication ceremonies for new attractions at the World War II museum in New Orleans, Cpl.Carl Grassman, a highly-decorated veteran, was invited as a special guest. He lives with his wife in Detroit, and he works as a Walmart greeter. When told he would be honored at the museum and his travel expenses would be paid, he declined, saying his fellow employees needed him too much and that he would feel terrible if he left them for this one day to be so commemorated. When the Walmart brass heard this story, they flew Carl and his wife to New Orleans on the Walmart private jet.
“The Greatest Generation got to save old tires, dig a Victory Garden and forgo sugar. The Richest Generation is being asked to “The Greatest Generation got to save old tires, dig a Victory Garden and forgo sugar. The Richest Generation is being asked to shop.”
--Margaret Carlson

Peace and Justice
Jim Brown
Jim Brown’s syndicated column appears each week in numerous newspapers throughout the nation and on websites worldwide. You can read all his past columns and see continuing updates at http://www.jimbrownusa.com. You can also hear Jim’s nationally syndicated radio show each Sunday morning from 9 am till 11:00 am, central time, on the Genesis Radio Network, with a live stream at http://www.jimbrownusa.com.