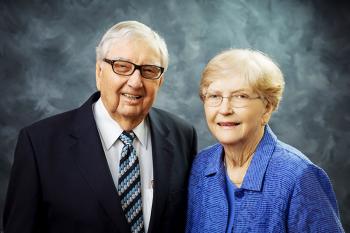 The Community Foundation of Acadiana announced Sylvia and Fulton “Butch” Felterman Jr. as 2015 Leaders in Philanthropy award winners in St. Mary Parish.
The Feltermans are two of 14 individuals being recognized at the fifth annual Leaders in Philanthropy awards luncheon. It will be held Nov. 3 at the Cajundome Convention Center.
The couple created the Felterman Foundation in 1990. It’s a private organization that donates annually to police and fire departments, churches, nonprofit organizations and restoration projects.
“The Feltermans’ passion to preserve St. Mary’s rich history is evident in the various restoration projects they have commissioned for the parish,” said the Community Foundtion of Acadiana in a news release.
Restoration and construction projects such as The Old Warehouse, Fishermen’s Light and a mural at Hattie Watts Elementary School were made possible due to the efforts of the Feltermans.
“If we had not stepped up and done something to restore or keep them from going into oblivion they would have been lost forever,” Butch Felterman said.
The Old Warehouse is the oldest commercial building located on the lower banks of the Atchafalaya River in Patterson.
Fisherman’s Light is a lighthouse dedicated to the memory of shrimp fishermen who were once abundant in Patterson.
The Hattie Watts’ school mural depicts the life of Hattie Watts, who was a former principal of the school.
They also established an annual four-year college scholarship program. Four “outstanding” graduates from Patterson are recipients each year.
Butch Felterman was instrumental in the creation, development and construction of the Wedell-Williams Memorial Aviation Museum. He served as the museum’s foundation chairman from 1975 to 1991.
He and his wife established the David J. Felterman Theater located inside the aviation museum.
The keynote speaker for the Leaders in Philanthropy Award luncheon will be Jim Parker, former CEO of Southwest Airlines.