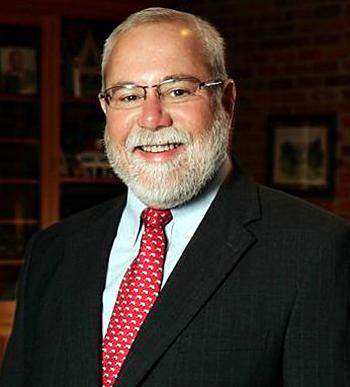 A bill filed by state Sen. Bret Allain, R-Franklin, would keep low voter turnout elections from being valid with three bills he pre-filed in Baton Rouge ahead of the Legislature’s convening Monday.
Senate Bill 200 is a constitutional amendment to require a minimum turnout of 20 percent of voters to approve a political subdivision or special district proposition to incur or assume debt, issue bonds, or levy a tax.
Allain said with state budget cuts, local boards and districts are looking for ways to make up the difference. They often do this by scheduling elections on taxes when few people will be at the polls rather than having them at times a higher voter turnout is expected, Allain said.
A bond sale was recently passed by the Siracusaville Recreation District in which there were 3,000 eligible voters, but only 17 people voted, he said. Allain said its passage with 12 votes is an example of the type of election he wants to prevent.
“This is happening all over,” Allain said. “If you are going to ask people to come up with their hard-earned money, then a minimum amount of people should be voting.”
SB201 is the companion legislative act with the constitutional amendment.
SB517 is a similar bill that prohibits the state bond commission from approving a bond sale if the proposition to incur indebtedness was approved in an election in which turnout was less than 20 percent of registered voters.
Federal bans on the commercial harvesting of redfish and similar bans in state coastal waters have kept the once-popular dish off the plates of restaurants. The same is true of popular game fish such as bass and sac-a-lait. But, diners could bring their own catch to be prepared at restaurants if Allain’s SB344 passes.
The bill provides for the Louisiana Catch and Cook Program within the Department of Wildlife and Fisheries.
It authorizes the department to issue permits to restaurants that want to participate, which will allow them to receive and prepare any freshwater or saltwater fish legally taken by a licensed recreational fisherman and cook the fish for the customer.
Allain said he filed SB531 at the governor’s request to only allow the Department of Natural Resources, the attorney general, or the Coastal Protection and Restoration Authority to file lawsuits related to permits that were issued in the coastal area.
Allain said this is an attempt to address legacy lawsuits which have spiked since a 2003 Louisiana Supreme Court decision regarding litigation by landowners seeking monetary compensation for alleged environmental damage to their property.
Allain said legacy suits often delay by years the cleanup of polluted sites. The primary focus should be the cleanup of contaminants and monetary damages should be secondary and reasonable, Allain said.
Another bill (SB423) provides for alternative dispute resolution in suits involving oilfield sites and exploration and production sites.
Hospitals in low-population areas and in high-population areas have been exempt by legislation from nepotism provisions with regards to doctors and nurses being related to board members serving on hospital service districts. Allain said about six hospitals in the state do not fall into that classification, including Terrebonne General Medical Center, and were still subject to nepotism provisions. He filed SB456 to remove nepotism provisions from all the hospitals.
Allain seeks more public knowledge and transparency regarding ad valorem taxes or sales and use taxes by requiring written or emailed notice of a meeting concerning tax measures between 30 and 60 days prior to such meetings with SB235.
The demolition of integrated coastal protection projects has been added to the exception to state-owned building or structure that may be razed, demolished, or otherwise disposed of without specific legislative notification in SB104.
Political subdivisions would be exempt from a $300 Department of Wildlife and Fisheries fee paid to the Fishermen’s Gear Compensation Fund with SB395.
SB197 adds commercial delivery service with verification of receipt as another method of timely notice related to remediation of oilfield sites and exploration and production sites.