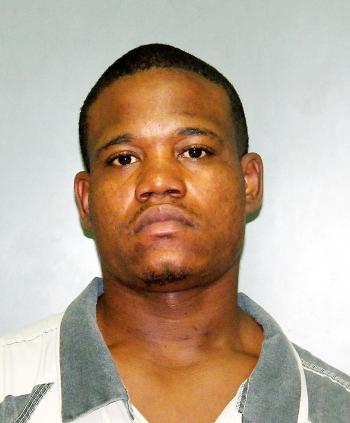 A Morgan City man with an arrest history for crimes of violence, drugs and weapons has been sentenced to seven years in prison after pleading guilty on Monday to simple robbery in district court.
Theodore Harris, 27, was arrested by Morgan City police on Nov. 5, 2013, after they responded to an armed robbery complaint said to have occurred in the 200 block of Arizona Street, the arrest affidavit said.
Harris has been arrested more than a dozen times in Berwick and Morgan City and by the St. Mary Sheriff’s Office in the past 10 years on charges ranging from theft and possession of stolen things to second-degree battery as well as drugs and weapons charges, according to records from the St. Mary Parish Clerk of Court office.
In 2006, he was given a suspended five-year prison sentence for possession of cocaine and a five year sentence to hard labor on another cocaine possession charge in 2007.
Anthony Saleme, assistant district attorney, said Harris’ previous criminal history was the reason the sentence was to straight time with none of it suspended.
Harris withdrew his previous not guilty plea to the charges of armed robbery, armed robbery with the use of a firearm and possession of a firearm by a convicted felon and pleaded guilty before 16th Judicial District Judge James McClelland to the reduced charge of simple robbery.
Harris was a suspect in the robbery of Russell Walker and was seen by a police officer fleeing into a Freret Street residence, the affidavit said.
The owner of the residence eventually arrived and allowed detectives to enter and search for Walker, who was located hiding under a bed next to a shotgun and a .45-caliber handgun, the affidavit said.
Harris claimed he got scared when he saw police outside the house and hid under the bed, but could not tell police why he got scared, according to the affidavit.
“He simply stated that he did not know what to do and just hid under the bed,” the affidavit said. “He stated that he did not know the guns were under the bed when he hid there.”
Harris, a convicted felon, was arrested and charged with possessing the firearms. Morgan City police continued the investigation of the armed robbery.
Walker claimed he casually knew Harris and was robbed after he had agreed to give Harris a ride to Fifth Street from Arizona Street, the affidavit said.
Looking down the barrel of a semi-automatic handgun that Harris had pulled form his waistband, Walker “figured that his life was worth more than the estimated $30 or $35 and cellular phone that he had on him,” the affidavit said
Two days later, Morgan City police charged Harris with the additional charges of armed robbery and armed robbery with the use of a firearm.