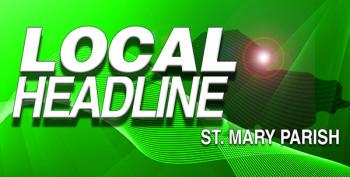 Morgan City, La.
By PRESTON GILL
pgill@daily-review.com
The September sales and use tax collections for St. Mary Parish was 5.4 percent higher than September 2012 and continues to surpass last year’s totals as year-to-date net collections are 9.3 percent higher than 2012 through the first three quarters of the year.
The St. Mary Parish Sale and Tax Use Department released its October report last week showing September tax collections, which are based on sales and other commercial activity during the month of August.
The net tax collected from the parish on the 3.7 percent tax was $3,224,320 for September compared to $3,030,458 collected in September 2012.
Without counting audit collections, penalties and interest, the parish net sales and use tax collection for the first three quarters this year is $30,760,066, which is up $2.6 million from last year. September’s collections were down 6.9 percent from the August collection of $3,463,119.
While the sales and tax use collections were down from the August numbers, the parish collected $65,377 from the tax on hotel occupancy; up 5.1 percent over August and 7.2 percent greater than September 2012.
Hotel tax collections total $558,111 through the first three quarters. Year-to-date collections continue to soar over last year when the collection through nine months was $456,641 — a 22.2 percent increase.
Morgan City has had an additional 0.3 percent tax for road improvements since 2012. The net distribution to Morgan City for September was $78,229. Year-to-date the city received $676,907 from the tax, which is up nearly $130,000 from last year’s first three quarters; an increase of 23.8 percent.
The St. Mary Parish School Board received $1,504,373 for its 2.45 percent share of the sales and use tax collection. The school system receives the entire distribution of a parish-wide 1.45 percent sales and use tax along with a share of the 1 percent general tax. The school system has had $14,669,779 distributed to it through the first three quarters.
The parish collects a ¾-percent sales and use tax for solid wastes and a ½-percent tax for law enforcement agencies as part of the 3.7 percent tax. The tax collections from those two taxes are distributed to the five municipalities in the parish, the School Board, St. Mary Parish Sheriff’s Office and the Parish Council.
The Sheriff’s Office has been distributed $2,094,752 year-to-date from the sales and use tax, while the Parish Council has gotten $4,910,249.
Jeff LaGrange, director of the tax department, said the parish collected an additional $10,012 from two audit collections in September.
“Lots of audits are being turned in right now, so audit collections will be increasing in the final quarter of the year,” LaGrange said. “Most audits are agreed upon and paid promptly; however, a few go the distance and we end up collecting” after a 60-day period.