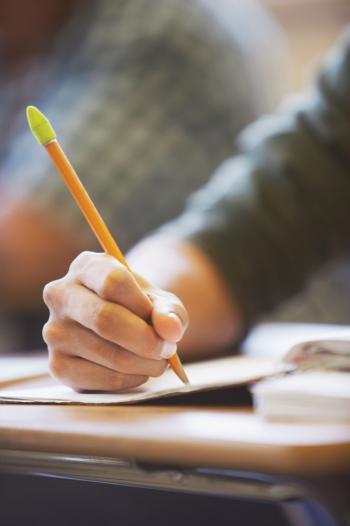 In a recent news report, the Louisiana Department of Education stated fewer standardized tests were voided for the 2015-16 school year. That’s consistent with what’s happening in St. Mary Parish schools.

St. Mary Parish had a total of seven standardized tests thrown out for the 2015-16 school year, according to the state department’s test irregularity report.
Of those seven tests voided in the district, six were LEAP tests thrown out at J.A. Hernandez Elementary in Franklin. It was based on an erasure analysis.

An erasure analysis occurs when there are excessive wrong-to-right erasures on student answer documents for the multiple-choice and multiselect portions of the test, according to the state department.

Patterson High had one ACT test thrown out based on a district reported void.

District voids occur when schools or districts find a violation of test security. It must be reported to the state. The state will confirm the violation and tests are considered invalid and subsequently voided.

“Most of our issues are a random incident where someone made a mistake and didn’t read the right directions or something really random like that.”

Gretna Middle School in Jefferson Parish threw out 145 LEAP tests during the 2015-16 school year. It is the highest number of tests thrown out at a single school in the state.

Reportedly, the tests were tossed out because some students received testing accommodations they didn’t need.

“One of the things, just in general, that schools have to be really cautious of is assigning student accommodations at the time of testing,” Bagwell said.

During the 2014-15 school year, the parish threw out 16 tests at nine schools. Of those 16 tests, 15 were district reported voids and one was due to an administrative error.

Seven LEAP tests were reportedly thrown out at Franklin Junior High and two at Hernandez Elementary.

Berwick High and West St. Mary High schools had one ACT test thrown out based on district voids. The test was thrown out at Berwick High because of an administrative error.

An administrative error happens when the test administrator or proctor does not administer the test in a way that is consistent with the policies and procedures outlined by the state.

Statewide, there were 347 voids at 60 different schools across the state for the LEAP in 2015-16. The LEAP test is for students in third- to eighth-grade.

And across the state, 176 ACT/PLAN tests were thrown out at 78 different schools.
Robbi Gouaux, St. Mary Parish Schools accountability manager, is responsible for reporting testing concerns to the state.