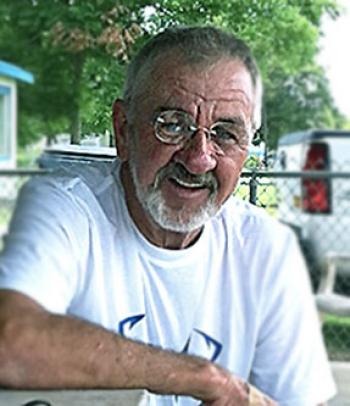 February 15, 1952 — December 12, 2013
Avery “Butch” Joseph Leonard Sr., 61, a native of Plaquemine and resident of Bayou L’Ourse, unexpectedly passed away Thursday, Dec. 12, 2013, at Teche Regional Medical Center.
Butch is survived by his wife of over 23 years, Anita Freyoux Leonard; one daughter, Brandy Freyoux; one son, Avery “T Butch” Leonard Jr.; three sisters, Annabelle Falgout, Mary “Poochie” Daigle and Fannie Leonard; two brothers, Jay “UJ” Leonard and Leonard Aucoin; his father-in-law, Nolan Freyoux Sr.; two grandchildren, Claire and Noah Stansbury, whom he called his little squirrels; and his faithful companion (his dog), “Bo” Bocefus.
He joins in heaven, his father, Norman Leonard; his mother, Lillian Hebert Leonard; two brothers, Uhry Aucoin Sr. and Dalbas Hebert; and his mother-in-law, Rose Ann Freyoux.
Butch was a dedicated, hardworking husband, father, grandfather, brother and friend. Butch was able to travel all over the United States as a pipeliner, a career he had for 43 years. Butch enjoyed the outdoors, hunting and fishing. Butch touched many lives, and everyone who knew him was better for it. He will be missed by everyone.
A time of remembrance and reflection will be held Sunday, Dec. 15, 2013, from 6 to 9 p.m. at Hargrave Funeral Home. Hargrave will reopen Monday, Dec. 16, 2013, for visitation from 8 a.m. until time of services at 11 a.m. Butch will be laid to rest in the Morgan City Cemetery.