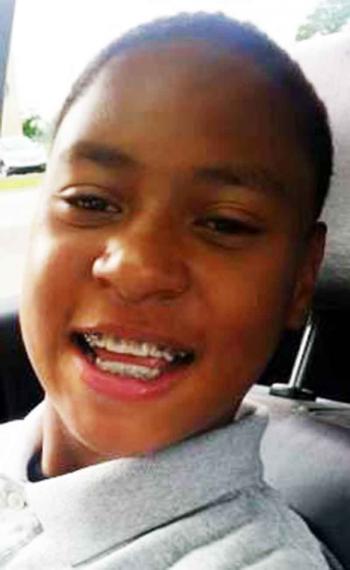 Braylen Foulcard, 16, a native and resident of Franklin, died Sunday, Oct. 23, 2016, in Franklin.
Visitation will be Monday at West St. Mary Civic Center in Jeanerette from 1 p.m. until services at 2 p.m., Pastor Samuel Wise officiating. Burial will follow in the Sorrel Community Cemetery.
He is survived by his father, Artey D. Foulcard of Franklin; his mother, Nekesia J. Bowie of Franklin; a sister, Lola Foulcard of Donaldsonville; maternal grandmother, Gwendolyn Bowie of Franklin; paternal grandparents, Rebecca and Robert Johnson Sr. of Patterson and Sandra and Carl Foulcard Jr. of Franklin; his great-grandmother, Lydia Foulcard of Franklin; and a host of other relatives and friends.
He was preceded in death by his grandfather, great-grandparents, a great-uncle, great-great-grandparents, and great-great-uncle.
Jones Funeral Home is in charge of arrangements.