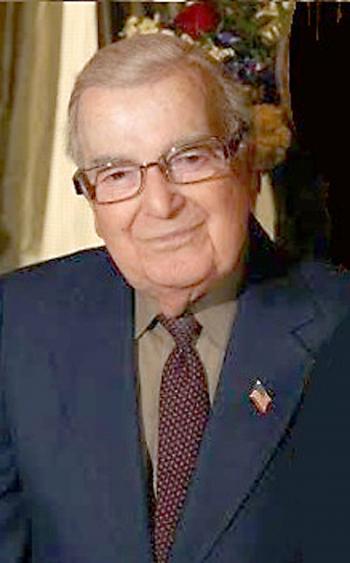 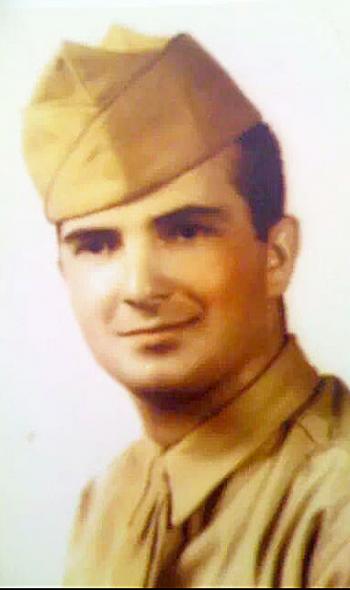 Carlo J. Governale, public accountant, a longtime resident of Morgan City, and a native of Patterson, died on Tuesday, March 25, 2014, at 1:30 p.m. He was 91 years old.
He attended Patterson High School as well as LSU majoring in accounting. He was a member of the National Association of Public Accountants as an enrolled agent prior to the creation of the current IRS. He was also a member of the American Legion, Knights of Columbus, secretary-treasurer of the first Kiwanis Club in Morgan City and was a member of the first Holy Cross Parish Council.
Carlo was a World War II veteran participating in the European Theater of Operations including the Battle of the Bulge. He was honorably discharged in 1946 with the rank of battalion sergeant major of the 333rd Infantry Regiment.
He was survived by his wife of 66 years, Katherine E. Bellestri of Monroe, Mich. Other survivors include their two daughters, Kathleen M. Governale-Zaidman and her husband, Dan Zaidman, of Baltimore and Pamela J. Theriot and her husband, J.D. Theriot, of Morgan City; one brother, Joseph Governale of Patterson; one sister, Josephine Resignola of Morgan City; four grandchildren, James B. Williams of New Orleans, Vanessa Roberts (Mark) of Baltimore, Mario Duchow of Washington, D.C., and Kimberly Williams of Houston. Molly and Heather Roberts of Baltimore are Carlo’s two great-great-grandchildren.
Carlo was preceded in death by his parents, Frank and Genina C. Governale; four brothers, Benny, Luke, Russell and Anthony Governale; and two sisters, Marylena Pearce and Virgina McCann.
The family would like to recognize and sincerely thank J.D. Theriot, who assisted tirelessly with care of his father-in-law in the last months of his life. Carlo’s doctor, Jacques Gaudet, served him consistently during his illness. Finally, Katherine and her entire family would like to thank all of the Nurses of Hospice of Southwest Louisiana, especially nurse Vera Washington, who were a constant source of comfort for Carlo. Burial for Carlo was held privately.