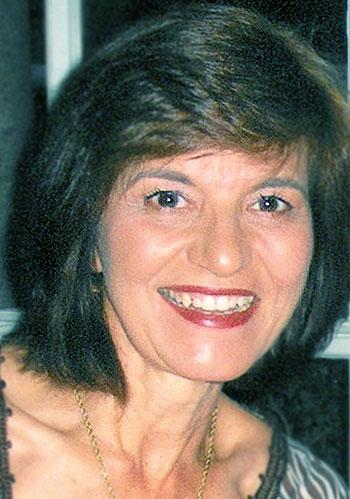 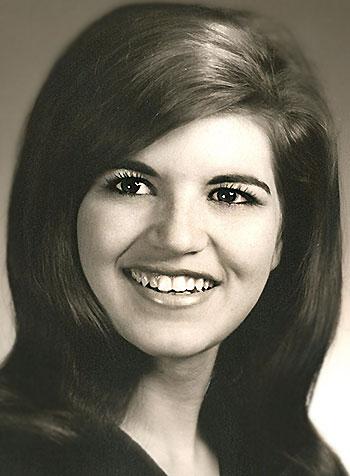 Funeral services will be held at 10 a.m. Friday, Dec. 20, 2013, at St. John’s Cathedral for Charlotte Dominique Giroir, 66, who died on Sunday, Dec. 15, 2013.
Interment will take place at Calvary Cemetery in Lafayette. The Rev. Steven C. LeBlanc of St. Pius X Church will be the Celebrant of the Mass and conduct the services.
Charlotte Dominique Giroir was born in Lafayette on May 5, 1947, as the first of six daughters of Edward and Elaine Dominique. As the oldest of her siblings, Charlotte became a caretaker and role model to her younger sisters Linda, Elizabeth, Maxine, Louise, and Veronica, as well as her many cousins who thought of her as a sister and felt at home in the Dominique house. Charlotte was a leader, and she was a loyal daughter, sister, cousin, and friend throughout her life. Her kind, compassionate, and ever-positive disposition is what will be remembered by the countless family members and friends whose lives she brightened.
Charlotte attended Lafayette High School and was honored to be selected from Lafayette High to attend Pelican State in Baton Rouge. She received her Bachelors of Science Degree from the University of Southwestern Louisiana and was a member of Delta Delta Delta Sorority. She carried a strong work ethic her entire life, as illustrated by her over thirty-year career helping patients as a Medical Technologist. She is remembered by colleagues as a hard worker with an admirable precision and attention to detail. She loved her job and worked with pride up until her recent medical leave.
Charlotte fell in love in college and married Paul Giroir in 1970. As loving partners, they worked hard and provided a wonderful life for their two children, Shannon and Ryan. Charlotte was a loving, faithful, and caring wife for over forty-three years, and her family was always at the center of her life. Not only did she lovingly sacrifice for her children’s formal education, but she was also devoted to their education at home. It was her life’s work to instill values of kindness, loyalty, and selflessness in her children. In 2009, she became a grandmother to Iris Marie. As “Momo,” she was loving, fun, and energetic. Iris often called her “my best friend.”
Most of all, Charlotte was a woman of great faith. Her immeasurable strength came from her devotion to God, and throughout her life she served a higher purpose. Her membership to Theresian group, Espirit de l’ame, was one of the many ways she practiced her faith. To many, Charlotte represented true Christ-like values. Her faith was exemplified by her actions —through her kind smile, her unconditional generosity, her acceptance of others, and her willingness to extend her love to anyone in need.
She is survived by her husband, Paul; her daughter, Shannon, and husband, Travis Head; her son, Ryan Giroir; her granddaughter, Iris Head; her sisters, Linda Dominique, Elizabeth Dominique, Maxine Voorhies, Louise Molbert and Veronica Hamilton; her godchildren, Natalie Molbert and Ashley Reed; her uncles, Freddie Koury and Jake Koury; along with numerous uncles, cousins, nieces, and nephews whom she loved dearly.
She was preceded in death by her mother, Elaine Koury Dominique, her father, Edward Dominique; her mother-in-law, Therese LeBlanc Giroir; her father-in-law, L.J. “Jake” Giroir; her grandparents, Victoria AshyKoury, Jacob Koury and Paul Dominique; her uncles, Leon Koury, Joseph Koury, Joseph Dominique and Alcide Dominique; and her aunts, Florida Petro, Victoria Ashy and Eva Venable.
Her pallbearers are her brothers-in-law, Michael Voorhies, Patrick Molbert and Dwight Hamilton; her son-in-law, Travis Head; and her dear friends, John Nowlin, F.G. LeBlanc, Mike Helo and Gordon Reed. Honorary pallbearers are her dear friends and members of the “L Club,” Joan Robison Palmintier, Jean Pfeuffer Hebert, Jenny Lynn Chandler Tucker, Pam Thomas Bartczak and Diane Hilliard; her nephews Mikey Voohries, Stephen Hamilton, and John Paul Hamilton; and her friend, Dr. Jon (Skip) Palmintier.
The music will include songs performed by her godchild, Natalie Molbert, her niece, Sarah Molbert, her brother-in-law, Patrick Molbert, and her cousins, Cathy Petro and Connie Koury. Her niece, Roxanne Voorhies, her nephew, David Hamilton, and her friends, Kate Helo and Gathy Reed, will share readings and participation in the liturgy. The Eulogy will be given by her cousin, Connie Koury.
Visitation hours will be on Thursday, Dec. 19, 2013, from 5 to 10 p.m., and a rosary will be prayed at 7 p.m. at Delhomme Funeral Home.
The family would like to thank the many people who assisted Charlotte during her time of illness: her many doctors, hospital nurses and staff, and her loving caregivers.
In lieu of flowers, donations can be made to the Charlotte Dominique Giroir Memorial Fund, which will support the Microbiology Department at the University of Louisiana at Lafayette, http://www.ullafayettefoundation.org/Default.asp
Personal condolences may be sent to the Giroir family at www.delhommefuneralhome.com.
Delhomme Funeral Home, 1011 Bertrand Drive, Lafayette, LA is in charge of funeral arrangements.