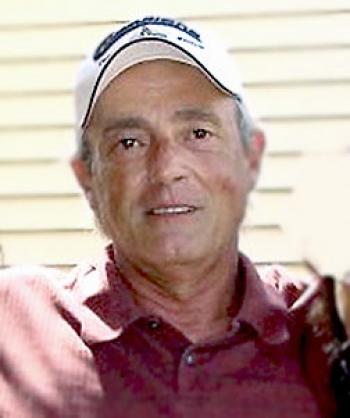 November 9, 1955 — December 26, 2013
David Wayne Winters, 58, died in Morgan City on Thursday, Dec. 26, 2013, due to a lengthy illness.
He was born in Morgan City to Carroll and Florence Beadle. After his mother remarried, David took the name Winters from his loving stepfather, Jay. In 1974, he married his true love, Sheila Buford. Together they had two sons, Daniel and Matthew.
David was an electrician by trade, but could work on just about anything with a motor or engine. Anytime someone called for help, David was there. He also loved to fish, being in his boat made him feel free. It was a known fact that fishing with his sons was one of his greatest joys. David taught his sons to enjoy nature as much as he himself did. Most days David could be found tinkering around in his shed and hanging out with his grandson, Kaden. Patient, kind, loving, generous but firm, David was all of that and so much more. A unique and special individual, he will always be cherished and remembered.
David is survived by his wife of 39 years, Sheila Buford Winters; his eldest son, Daniel and his wife, Shane, and their children, Braden, Mamie, Isabelle, Daniel Jr., Alicia, Elizabeth, Johnathan, Caroline and Thomas David Winters; his youngest son, Matthew and his son, Kaden Winters; his mother, Florence Kober Winters; his two sisters, Cassie Swain and Elizabeth “Bubbles” Racca; a brother, Robert Jay Winters; a special niece, Amber Komoroski; his stepmother, Elizabeth Broussard Harris; and numerous aunts, uncles and cousins.
David was preceded in death by his fathers, Henry Jay Winters and Carroll Adam Beadle; his maternal grandparents, Henry and Helen Kober; his paternal grandparents, Edward and Edna Beadle; a maternal uncle, Wayne Kober; and paternal aunts and uncles, Hilda, Winifred, Edna, Doris, John, Ethel and Thomas Beadle.
The family would like to express their heartfelt thanks to Dr. Albert, Dr. Prejeant, and the nurses and staff of the ICU at Teche Regional Medical Center for showing such care to David during his stay there.
Visitation was observed today, Monday, December 30, 2013, from 10 a.m. until the time of dismissal at St. Stephens Catholic Church Hall in Berwick.
A Mass of Christian burial was held at 3 p.m. today, Monday, Dec. 30, at St. Stephens Catholic Church in Berwick with David being laid to rest in the Morgan City Cemetery.
In lieu of flowers the family requests that donations be made to assist in the accumulation of hospital and funeral expenses. Donations can be forwarded to the M C Bank, Care of Daniel and Shane Winters.