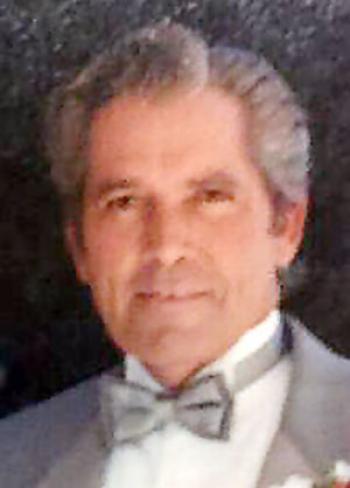 November 9, 1943 — December 10, 2014
Haley Bruce Daigle, 71, a resident of Morgan City, passed away Wednesday, Dec. 10, 2014, at Ochsner Medical Center.
Haley was born on Nov. 9, 1943, in Morgan City, the son of Isaac Mitchel Daigle and Irene Dufren Daigle.
Haley worked in the oil field as a boat captain, and also as a commercial fisherman running shrimp boats. He loved to be in the outdoors either hunting, fishing or being down the bayou. Haley had a huge heart and was a wonderful provider for his family. Of all the things Haley did in his life, the thing he enjoyed the most was spending time with his family and cooking for them, especially boiling crabs and crawfish.
He will be sadly missed and lovingly remembered by one daughter, Karen Lynn Daigle, of Morgan City; two grandchildren, Jared Douglas Hope, of Morgan City, and Cheyenne Rae Nowell Harrell and husband, Brandon, of Labadieville; and three great-grandchildren, Kassidy Alaina Hope, Kennedy Olivia Hope, and Aaron Jacob Fontenot. Haley is also survived by two brothers, Huey Mitchel Daigle and wife, Anna Lee, of Berwick, and Byron Timothy Daigle of Berwick; one nephew, Damon Daigle and wife, Robin, of Crossville, Tennessee; two nieces, Celeste Guidry and husband, Barry, of Katy, Texas, and Michelle Besse and husband, Tate, of Bayou Vista; and one special niece, Rhonda Renee Daigle.
Haley was preceded in death by his parents, Isaac Mitchel Daigle and Irene Dufren Daigle.
Funeral services will be held at 2 p.m. Saturday, Dec. 13, 2014, at Twin City Funeral Home with Monsignor J. Douglas Courville officiating. A visitation will be held from 9 a.m. until the time of the service Saturday at the funeral home. Haley will be laid to rest in the Morgan City Cemetery following the services.