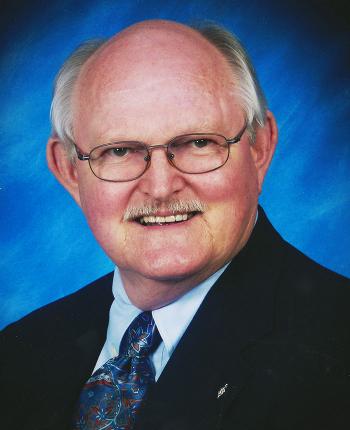 January 22, 1938 - August 15, 2015
Jerry Dale Watson, owner of the kindest smile, warmest heart and the sweetest man to ever to call Morgan City his home, passed away Saturday, Aug. 15, 2015. He was 77 years young.
Visitation and services for Jerry will be held Tuesday, Aug. 18, 2015, beginning at 9 a.m. until time of service at Pharr Chapel Methodist Church of Morgan City. A Masonic Service will precede the celebration of Jerry’s life at 11 a.m. Graveside services will follow in the Morgan City Cemetery.
Born in Smackover, Arkansas, Jerry graduated from Heidelberg High School in Heidelberg, Mississippi, and went on to earn his Bachelors of Science from Mississippi Southern College, now known as University of Southern Mississippi. After starting his professional career as an office manager with Bibbins and Rice Electronics Inc., Jerry went on to work for Franklin Junior High School as a teacher of Remedial Math and Language. Later, he spent seven years as the greatest funeral director at Hargrave Funeral Home, helping families through hard times with compassion and love.
Keeping himself busy and socially active, Jerry was an artist and loved painting many of the plantation homes of Louisiana. He was a member of the Masonic Lodge 87 in Lafayette, part of the St. Mary Shrine Club of Acacia Temple of Baton Rouge, a member of the St. Mary Parish Selective Service Commission as well as a member, past secretary and treasurer, and past master of the Doric Lodge 205. Jerry was also a dedicated member of Pharr Chapel Methodist Church of Morgan City. Truly, there are few people as good and kind as Jerry Watson.
Loved ones who will forever cherish Jerry’s memory are his wife of 50 years, Carolyn Songe Watson; his daughter, Kathleen Watson Hodges; his son, Jack Leonce Watson and his wife, Holly; five grandchildren, Margaret Caroline Hodges, Beth Madelyn Watson, Olivia Kathleen Watson, Abigail Lynn Watson and Bridget Carolyn Watson; two nephews, Michael Wayne Watson and his wife, Rachel, and Ted J. Watson and his wife, Theresa; one great-niece, Morgan Watson; not to mention the many, many, many lifelong friendships he made during his lifetime.
Jerry was reunited in heaven with his father, Preston Thetford Watson; his mother, Fleta Gertrude Farmer Watson; and two brothers, Thetford Wayne Watson and Jack M. Watson.
In lieu of flowers, the family requests donations be made in Jerry’s happy memory to the youth group at Pharr Chapel Methodist Church of Morgan City.