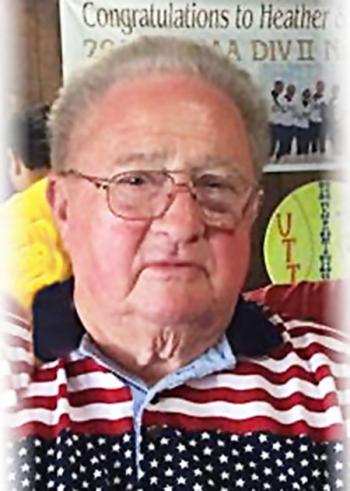 June 10, 1934 — September 10, 2014
ABBEVILLE — Jerry Ike Smith, born June 10, 1934, passed away peacefully Wednesday, Sept. 10, 2014. Beloved husband of Anne Ketchum Smith, married for 27 years, he was preceded in death by his parents, James Elbert Smith and Elsie Mae Robbins Smith; his sister, Kate Smith Riley; and daughter, Kathleen Smith Colombel.
He is survived by his brother, Ralph James Smith (Betty); his sisters, Nell Smith Eley and Sarah Smith Jones; his daughters, Ann Smith Dartez (Ralph), Tanya Smith Abshire (Joe), Torrie Terry Guzzetta (Paul) and Raegan Ross Terry; and was the proud grandfather of 11 and great-grandfather of 14.
Jerry was a native of Monticello, Mississippi, graduating from Monticello High School. He joined the Navy in 1952, served on the USS Tarawa and was honorably discharged in 1956 as US airman M2. He started a career with Chevron in 1956 and had a variety of assignments in the Gulf of Mexico and United Kingdom North Sea. Jerry was a valued and respected employee in the Chevron organization and maintained many long-term relationships throughout his retirement.
Jerry’s great passions were reading a book a day, and hunting and fishing. He even managed a dove hunt the first week in September 2014. He is fondly remembered by his hunting and fishing buddy, Richard Norrell. He enjoyed gathering the “local news” from his early morning coffee buddies and his afternoon “rounds.”
He was deeply loved and will be dearly missed by family, friends and colleagues.
Funeral services will be held at 1 p.m. Saturday, Sept. 13, 2014, at Vincent Funeral Home in Abbeville to honor the life of Jerry Ike Smith.
The family requests that visiting hours be observed at Vincent Funeral Home in Abbeville, 209 S. St. Charles Street, Saturday, Sept. 13, 2014, from 9 a.m. until the time of service.
Condolences may be sent to the family at www.vincentfuneralhome.net.
All funeral arrangements are being conducted by Vincent Funeral Home of Abbeville. 337-893-4661.