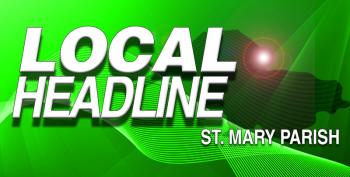 On July 21, 2015, God called Myrna C. Dyerson home to His Kingdom. She was 78 years old.
Myrna is survived by her husband of 56 years, Clyde W. Dyerson Jr.; her daughters and sons-in-law, Tambi Dyerson Delcambre and Richard P. Delcambre, and Karen Dyerson Rogers and Vincent Rogers; and her beloved grandson, Joshua A. Delcambre and his fiancée, Ashley N. Anastasio. She also leaves behind three “bonus” grandchildren, Christopher P. Delcambre, Stacie D. Russell, and Laura M. Delcambre, along with two “bonus” great-granddaughters, Layla N. Delcambre and Alexandra J. Delcambre of Nashville, Tennessee.
Myrna was preceded in death by her mother, Anita T. Cooksley; her father, J.C. Cooksley; her sister, Fay Cooksley Gussman and her husband, Cyrus J. Gussman; as well as a host of aunts, uncles and cousins whom she loved very much.
Myrna was a native of Morgan City, Louisiana, and moved to Kenner, Louisiana, in 1982. While in Morgan City, she owned several businesses. Upon moving to Kenner, she attended Delgado Community College, earned her degree in Interior Design, and was a member of ASID. She worked as an Interior Designer for many years until she sustained a back injury which led to her retirement.
After she retired, Myrna spent most of her time with her grandson, Joshua. In more recent years she battled a number of illnesses that began a rapid decline in her health and quality of life.
She passed away at EJGH at 10:20 a.m. on Tuesday, July 21, 2015.
Arrangements include a funeral mass in the chapel of the Lake Lawn Metairie Funeral Home at 9 a.m. on Thursday, July 30, 2015. Following mass, there will be a reception until 11 a.m. for friends who would like to pay their respects. At 11 a.m., there will be a graveside service to inter her ashes in the All Saints Mausoleum located on the grounds of Lake Lawn Metairie Cemetery.
Friends are invited to the home of Tambi and Richard Delcambre following the interment to share memories and funny stories of Myrna. The family would like to request that masses be said for her in lieu of flowers.