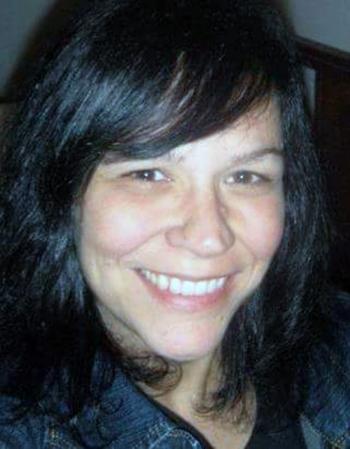 November 25, 1967 — December 7, 2016
Sheila Ann Stokley Blanchard, 49, a resident of Bayou Vista, passed away Wednesday, Dec. 7, 2016, at Thibodaux Regional Medical Center.
Sheila was born Nov. 25, 1967, in Morgan City, the daughter of J.C. Stokley and Anita Verrett Stokley.
Sheila was a devoted wife, mom and Mimi, as she was always taking care of her children and her grandchildren. She always put her family before herself and truly loved being there for her family.
She will be sadly missed and lovingly remembered by her husband, George A. Blanchard of Bayou Vista; four children, Brittany Price, Brennan Blanchard, Brooke Blanchard and Bethany Blanchard, all of Bayou Vista; two grandchildren, Carsyn Blanchard and Maverick Blanchard; and one brother, Anthony Stokley of Bayou Vista.
Sheila was preceded in death by her parents, J.C. and Anita Verrett Stokley.
Funeral services will be held at 11 a.m. Tuesday, Dec. 13, 2016, at Twin City Funeral Home with the Rev. Chad Hebert officiating. A visitation will be held from 5 p.m. until 9 p.m. on Monday, Dec. 12, 2016, at Twin City Funeral Home with the visitation resuming from 9 a.m. until the time of the service on Tuesday at the funeral home. Following the funeral service, Sheila will be laid to rest in the Morgan City Cemetery.