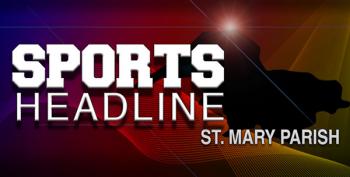 Mother Nature disrupted the Bass Pro Shops Bassmaster Central Open schedule this year by changing the circuit’s season opener into the season finale.
The Atchafalaya Basin was scheduled to host the Central Open’s first event in February, but heavy rains, major flooding and unsafe navigational waters in the basin caused the tournament to be postponed until this week when it will be held Thursday through Saturday.
High water levels in the basin remained throughout the spring and summer, but the tournament waters are in “good shape” now, according to Bassmaster Elite Series pro Cliff Crochet.
“Everything is back to normal,” Crochet said in a new release of his home waters.
While pre-fishing for the Open, Crochet noticed the water temperature was still in the upper 80s, so he thinks summertime patterns still will be in play during the tournament.
“If it does turn to fall and we get a cold front, that could change some things,” he said in the release.
Predicting if fall weather will arrive during the Open is tricky, though.
“Sometimes it is fall here in September and sometimes it is fall in December,” Crochet said. “As long as we don’t get a hurricane — and it looks like we are good this year — I don’t care what the weather does.”
The tournament waters range in clarity from murky to stained, so Crochet suggests Opens competitors can rely on “typical power fishing” patterns: flipping, punching mats and running square bill crankbaits and spinnerbaits around shallow cover.
“There are cypress trees that are going to come into play then,” Crochet said.
Other targets the contenders can key on in the basin include lily pads, hydrilla and milfoil.
The basin does contain some deep water, but Crochet said he thinks most of the fish will be caught less than 6 feet deep.
“These fish are shallow 24/7/365,” he said.
The Opens contestants will have plenty of options to run when they leave the launch area at the Jesse Fontenot Memorial Boat Landing in Berwick.
“You can have guys fishing 100 miles away from each other,” Crochet said. “We have the Intracoastal that runs east and west along the levee, and on the west side is the Atchafalaya Basin and on the east side is Lake Verret. Then there are lakes all scattered through there and natural bayous and some dead-end canals.”
The Atchafalaya River and Intracoastal Waterway also allows access to a myriad of lakes and bayous to the northwest, Bayou Black to the southeast and Lake Cataoautche and Lake Salvador to the east.
“I don’t think one area is better than another,” Crochet said. “If you cut it up into four ways, that tournament can be won in any direction.”
If summer weather persists, the open water areas of the main river, canals and bayous should produce the best fishing.
“Once it cools off and shad start going to the back of the canals, it turns into a dead-end (canal) deal,” Crochet said.
The Louisiana pro said he believes the basin’s bass fishery has recovered from Hurricane Isaac, which hit the area in 2012.
“There should be a lot of fish caught here,” Crochet predicts.
He noted the basin was producing 20-pound limits during spring tournaments.
“There should be a bunch of 11- to 13-pound stringers (in the Open), and then there will be some 14- and 15-pound bags,” Crochet said.
He estimated the winner will have to weigh in a big bag (18 pounds) one day along with two solid limits the other two days. He predicted it will take 38 pounds in two days to make the Top 12 cut in the pro division and the winning weight should be about 45 pounds.
The season finale also will determine the Central Open points' race and the Central Open anglers who are eligible for the Bassmaster Elite Series.
Holding down the Top 5 spots for invitations to the Elite Series are Skylar Hamilton in first place with 394 points; Alton Jones Jr., second, 386; Luke Palmer and Gerald Spohrer, tied for third with 375 each; and Robbie Latuso, fifth, 364.
Anglers will take off each day at 6:30 a.m. from the Jesse Fontenot Memorial Boat Landing in Berwick,
Weigh-ins will be held the first two days at 2:30 p.m. at the Bass Pro Shops in Denham Springs, with the final weigh-in Saturday at 4:15 p.m.