Is it endangered? More study for alligator snapping turtles 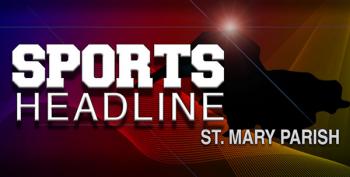 Federal protection may be needed for three amphibian species and seven reptiles, including the hard-biting, spiky-shelled alligator snapping turtle, the U.S. Fish and Wildlife Service says.
The Fish and Wildlife Service said Tuesday that those species will undergo further study to decide whether they merit classification as endangered or threatened. Among those species the agency says warrant scrutiny are a spotted turtle once found across the Eastern Seaboard from Maine to Florida, and green salamanders, a tree-climbing species that once inhabited 13 Appalachian states.
Also on the list for 12-month study are several species of snakes and lizards and a frog.
“This is an excellent step toward getting these species protection,” said Jaclyn Lopez, director of the Florida office of the Center for Biological Diversity, speaking Wednesday about the federal decision. She said species that end up on the Endangered Species Act’s threatened or endangered list have an excellent chance of survival.
The nonprofit environmental group had asked the Fish and Wildlife Service in 2012 to protect 53 species including the slow, hook-beaked alligator snapping turtles, which can reach 200 pounds and have a fleshy fish lure in their mouths. “They are some prehistoric-looking creatures,” Lopez said.
Species on the the 2012 petition all face pressures that include habitat loss arising from development, farming, damming of rivers and stream impoundment. Tierra Currry, a senior scientist at the center based in Tucson, Arizona, said it is still awaiting a federal decision on about 26 of the other reptile and amphibian species.
A statement from the Fish and Wildlife Service said another five species, including a crawfish species for which the center requested protection on another petition, don’t require such help.
Alligator snapping turtles once were found from Illinois and Indiana to Florida, Texas and Kansas. Recent surveys found that they’ve probably been wiped out in Iowa, Illinois, Kentucky, Missouri and Tennessee, with numbers down as much as 95 percent over much of their historic range from habitat loss and overharvesting — which until 2004 included taking wild turtles for soup in Louisiana restaurants. Louisiana, the last state to protect the turtles, now forbids any commercial hunting.
Lopez said the turtles were very common when she was growing up in Florida.
“It’s amazing to think that now their population’s so reduced that they need protection,” she said. A news release from the nonprofit group cited a study published this year as finding there are actually three species of alligator snapping turtle, rather than one. That makes those turtles “more endangered than previously thought,” the news release said.
Green salamanders live in fragmented spots in the Appalachian region. They’re found in damp crevices of rocky outcrops or in trees, behind bark or in cracks in wood.
Several of the reptiles chosen for 12-month study are found only in Florida. Those include Key ringneck snakes, 6-inch-long creatures that live in seaside limestone outcroppings and rocky areas of the Florida Keys; Rim Rock crowned snakes, Apalachicola kingsnakes and lizards called Cedar key mole skinks.
Other reptiles and amphibians getting more study and the states in their historic ranges are:
—Southern hog-nosed snake: Alabama, Florida, Georgia, Mississippi, North Carolina, and South Carolina.
—Gopher frog: Alabama, Florida, Georgia, North Carolina, South Carolina and Tennessee.
—Illinois chorus frog: Arkansas, Illinois and Missouri.