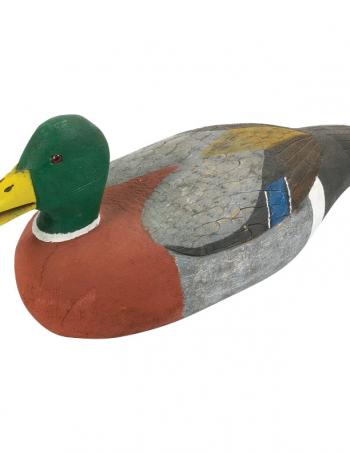 (AP) — While most of South Louisiana gave Jack Frost a single-finger salute for ruining their autumn last week, duck hunters wanted to kiss him on the lips. They had hoped that the spinning polar vortex that pushed January weather to the Gulf of Mexico in early November would inspire waterfowl to visit the very marshes that have no longer been de rigueur among their kind in recent years.
They got their wish, and then some.
All across the Southeast Louisiana coast, hunters shot limits, with very few areas reporting below-average action.
“We smashed them,” Buras hunter Lloyd Landry said. “We could have been done by 6:30. We had so many birds on us, but there were so many big piles of teal, I said, ‘It’s early. Let’s wait and kill some greys.”
Their patience paid off. Their total bag among the four hunters in the blind consisted of 11 teal (nine bluewings, two greenwings), 10 grey ducks, one spoonbill and two summer mallards.
“One of the guys I was hunting with took one of the summer mallards home to mount it,” Landry said. “It was the biggest summer mallard I’d ever seen. It hit the water and made a tsunami.”
The bird likely got that large from eating the copious amount of submerged aquatic vegetation in the area.
“We’ve got food everywhere,” Landry said. “We’ve been blessed this year — no storms and not much high water. There are pockets of grass all over the place.”
All that grass is certainly helping things, but it wasn’t the primary driver for this weekend’s strong hunting, Landry said.
“The weather had a lot to do with it,” he said. “The last few years have been declining, declining, declining, and then all of a sudden — boom! — the birds made this push.”
Andre Trahan had a similar experience in the marshes near Dularge.
“That’s the coldest opening morning I’ve ever hunted,” he said. “I looked at my phone, and the temperature was 31 degrees when we left the camp.”
That’s cold indeed, but only 30 minutes into the hunt, Trahan and his hunting buddy Eric Pellegrin were able to warm their hands on their gun barrels. They filled their limits with greenwings and greys by 6:30 a.m.
Trahan could give credit to nothing but the weather. His lease is all but devoid of submerged aquatic vegetation.
“We had feed this summer, but it’s gone,” he said. “The only thing I can see is the salt water came in and killed all the grass we had.”
That obviously didn’t impact their success at all, however.
“The ducks like to congregate on Lake Mechant, and if they get a strong wind, it pushes them into the edge marsh,” Trahan said. “A lot of times, they’ll head up to Little Deuce, which still has grass, and they’ll see our decoys and come check them out.”
Corey Gradwohl’s lease near Caernarvon has a similar absence of aquatic vegetation. It was choked during the summer months, but is now cleaner than a bottle of bleach.
Still, the ducks didn’t seem to care. Gradwohl, his father Mark and buddy Adam Lambert shot their three-man limits by 6:40 a.m.
“Everything played out perfectly with the weather,” he said. “Every single person I talked to had their limits.”
Gradwohl had an inkling it was going to be a special opener a week prior when the youngster he took for the youth weekend shot his limit of grey ducks in 20 minutes.
“I knew it was going to be good,” he said. “I couldn’t sleep the night before.”
The 18 ducks in the bag consisted of greys, mottled ducks and teal, Gradwohl said.
The only potential fly in his soothing salve is concern for the rest of the season, considering the dearth of groceries for the ducks.
“It might be a problem with us holding birds,” he said. “They might come with the fronts, but I don’t know if we can hold them.
“I also have a lease near Lake John. You could have walked across that pond, there was so much grass in it this summer. But there’s nothing now.”